LoudTV.net recently conducted an interview with Frédéric Leclercq, virtuoso bass player of London-based power metallers DRAGONFORCE, and Joey Jordison, formerly of SLIPKNOT and currently of VIMIC, abut their new project called SINSAENUM. You can now watch the chat below.

Speaking about SINSAENUM‘s formation, Jordison said: “When [Fred and I] were talking about it, you can tell someone’s generosity within their soul… Like, when you start talking about certain records or a certain style of music, everyone knows… You don’t have to be a metalhead to know what I’m talking about, or it can be any type of music, and when you have a kinship, like you know exactly a certain fucking connection, and that someone understands where your head’s at and where their head’s at…”

He continued: “With this type of music, if you fucking research fucking all my interviews from the very fucking first beginning since 1988, 1989, about my love for death metal, my love for black metal, and wanting to always do a project. And I’ve said it a million times before, and I’ve said it in a bunch of interviews, but it wasn’t until me and Fred… We toured together a lot — SLIPKNOT and DRAGONFORCE — and when we met, we… A lot of bands talk about having, quote, side project or whatever, and it usually falls through — generally… not all the time. But with this one, this was a different type of kinship, especially with this type of music and especially with the people that are involved. So when we were talking, and Fred was talking about the songs that he’s written, what I wanted to, and I had this name and I had this fucking vision in my mind, and he had it as well, and it just melded. And when you find that shit, there’s no denying it.”

Jordison added: “We’re not doing this just because, ‘Oh, this’ll just be fun and be a side project.’ You know what I mean? It’s a vision, and there’s a certain heartfelt, permeating force within us that we have to fucking do. So with finding a certain type of fucking counterparts that we have within every member of the fucking band is why we have the band SINSAENUM that we have now.”

A teaser for “Splendor And Agony”, the new video from from SINSAENUM, is available below. The full clip will make its online debut on July 13.

The self-titled two-song EP from SINSAENUM was released on June 6. The ten-inch vinyl version of the effort features an embossed logo on the album cover and comes with an exclusive signed inner sleeve.

Having worked on some material that owed more to death metal than the power metal of his day job as far back as 1998, Fred had long been concocting a plan to put together an extreme metal project. Having secured the involvement of Stéphane Buriez, a French scene icon with LOUDBLAST for 30 years, it was only after an unexpected message from the U.S. when things began to really take shape.

Fred explained: “Joey Jordison sent me an SMS to ask what I was up to, so I told him about those death metal songs.” After the former SLIPKNOT drummer had heard the demos, he wanted to know whom Frédéric had recruited to beat the skins. As there was nobody yet, he eagerly suggested adding his own ferocious style. Joey also had the idea for the name SINSAENUM, a fitting combination of the words “sin” and “insane.”

When it came to choose a voice for the trio’s godless tunes, it actually ended up with two, the main criterion being “death metal with a clear enunciation.” The first was no other than Attila Csihar from Norwegian black metal legends MAYHEM and drone masters SUNNO))), another long-time acquaintance of Leclercq‘s and Jordison‘s, notorious for his many registers ranging from tortured screams to throat singing. Sean Zatorsky from NWOAHM titans DÅÅTH and CHIMAIRA became the other vocalist.

With another countryman of Frédéric‘s — Heimoth, the brain of eclectic extremists SETH — completing the picture on bass, the material for SINSAENUM‘s full-length was rounded off and perpetuated at different places.

The end result is titled “Echoes Of The Tortured” and was mixed in Fascination Street Studios in Örebro, Sweden, where Jens Bogren (OPETH, KREATOR, DEVIN TOWNSEND) put the finishing touches to 21 tracks that are — in one word — expansive.

“Echoes Of The Tortured” will be released via earMUSIC on July 29. 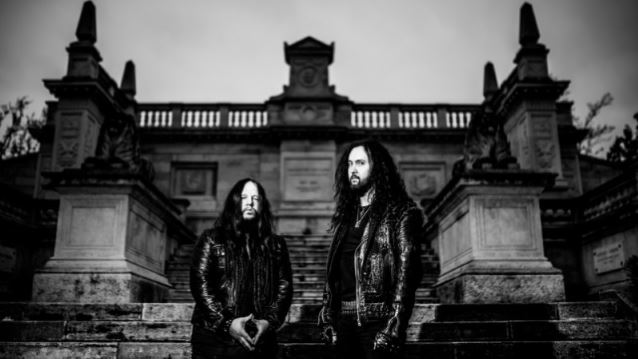 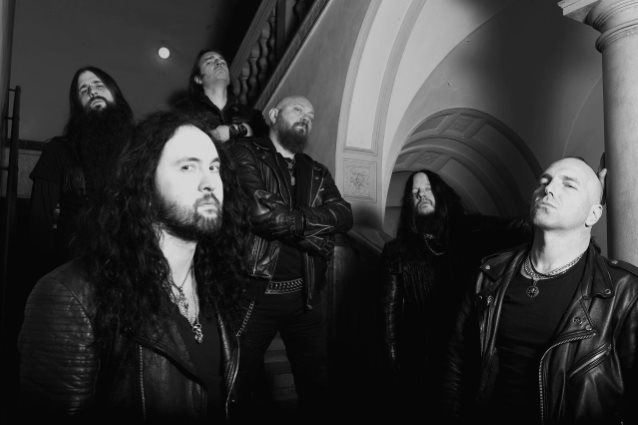 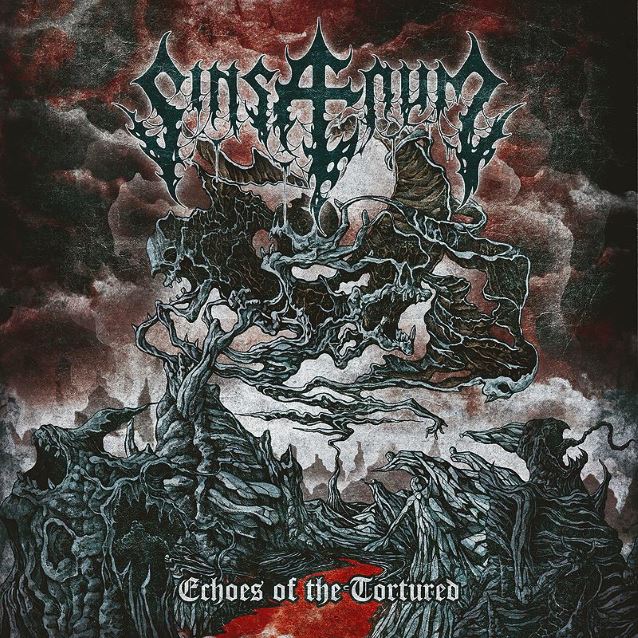