Labtv Ireland recently conducted an interview with former QUEENSRŸCHE and current OPERATION: MINDCRIME vocalist Geoff Tate prior to his December 6 acoustic show at Crane Lane in Cork, Ireland. You can watch the chat below. A few excerpts follow (transcribed by BLABBERMOUTH.NET).

On how his recent acoustic shows came together with Irish acoustic group THE BAND ANNA:

Geoff: “I needed a break from the drums. [Laughs] Drums are really loud. And I like acoustic music for singing against and with. It’s a way that you can really express the songs in a different way. I’m always about looking for different ways to express my music; working with different people, different musicians, different combinations of instruments, that kind of thing. I like to experiment a lot with my music. And some of the best players I’ve ever seen in my life are from Ireland. Great players who adapt to any kind of situation very easily. They’re comfortable playing. They are very free with it. They are very connected into that feeling of…I don’t know how to explain it, but it’s a certain zone you have to be in. They’re fun to play with; really great players. My band is a collection of some local guys from Cork who I met. It’s funny — my wife and I were walking through Peace Park in Cork City last summer and we heard this beautiful music being played. So we walked over and were looking for it, and we were standing there watching the band. I’m looking and I recognized the percussionist playing the cajón. I said to my wife, ‘Isn’t that Nathan Daly? Mark Daly‘s brother?’ She said, ‘I think it is!’ I went up after they finished the song and sure enough, it was Nathan. The band is called THE BAND ANNA. They’re a great band and they’re going to be going with me throughout the rest of the year playing our shows in Europe and America.”

On what it’s like for him to live out his musical “dreams”:

Geoff: “Sometimes it’s a lot of work to put together a presentation. You struggle with it for months to try to get the right people involved. Then, getting them up to speed as to what you’re looking to do. Other times, it just falls together really easily and you step out of the way and it happens. That’s very much the way that this project, this acoustic show has come together. Once I found Nathan‘s band, THE BAND ANNA, it all fell into place. I gave them a set list of songs I wanted to do, and they turned them into this new kind of thing, a new presentation of the music that is really beautiful. I kinda gave them a lot of leeway to take it the way they felt it. It’s kind of like their expression of what I wrote. It’s really cool, I think. They’ve done a great job of it. Sometimes it’s like you got to take complete control of things, and other times you step back and let things happen. You got to be able to judge what that time is. To a certain extent, you got to throw all of your trust to the universe and see what happens. I think most of the time the universe won’t let you down. [Laughs] Sometimes the universe doesn’t give you the answers you expect. You have to learn what those answers mean to you. It’s difficult to swallow sometimes. Keeping the ego out of it is a big problem, or the big challenge I should say. [Laughs]”

On his philosophy of being a frontman:

Geoff: “I don’t know if I have a philosophy. I’ve been playing around with it for years, trying all kinds of different things. I look at music as performance art. You experiment a lot with things. You tell stories about what it is you’re doing. You try to get reactions out of people by saying certain things. You try to push their buttons a little bit. Sometimes the song is enough to say everything you want to say. It’s fun, I can tell you that. It’s always different every night, every audience is different. So you play it by ear a lot to see how audiences react. If you are in certain parts of the world or certain parts of the country, certain things go over really well, and other things don’t go over well depending on where you’re at. You have to know when to shut up sometimes and not say what’s on your mind.”

“Resurrection”, the second album from OPERATION: MINDCRIME, was released on September 23 via Frontiers Music Srl. The album is the second part of Tate‘s musical trilogy. 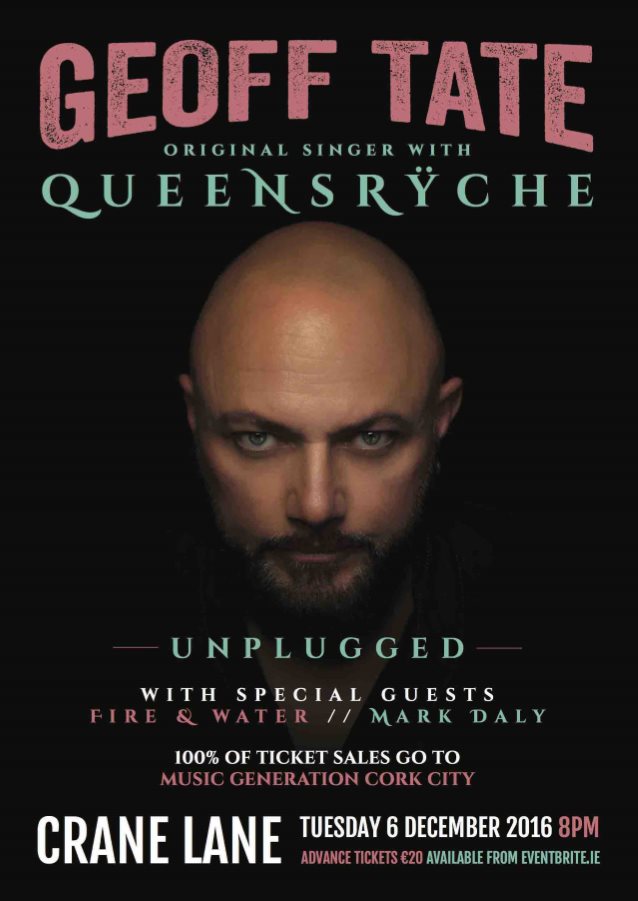