Jason Price of Icon Vs. Icon recently conducted an interview with Rex Brown about the former PANTERA bassist’s debut solo album, “Smoke On This”. An excerpt from the chat follows below.

Icon Vs. Icon: How did the ball get rolling on this record?

Rex: “It started off with me in the bus one day and me thinking, ‘I’ve gotta quit doing this.’ It was going nowhere quickly, the situation I was in. I’d just gotten to a complete burnout point. A lot of guys would take another three years and say, ‘Oh, let’s see if it works out.’ Man, I knew something was up and that I needed to get off the road for a couple of years. I needed to go watch the grass grow and enjoy the simple things in life. I wanted to write some songs and I had a whole bunch that I wanted to investigate, for lack of a better word. I was going into Nashville for summer NAMM in 2015 and meeting up with friend of mine, Lance Harvill. He is also the co-writer of all these songs. He is a brilliant songwriter who never got his time in the spotlight, so to speak. He’s an excellent guitar player and an even better songwriter. We just started throwing some ideas around. First off, I was going into Nashville thinking it’s still a country hicksville and, lo and behold, I start running into all of these rock ‘n’ roll guys. It was everyone from Brad Whitford from AEROSMITH to the half of MÖTLEY CRÜE that lives there now. It’s just a really cool vibe in Nashville because it’s all about the jam. You go into L.A. and ask a guy to play on the record, and the first thing he asks is how much he’s going to get paid and that’s even before he ever plays a note. That’s not rock ‘n’ roll to me, man! I put together a team and found a drummer, Chris Williams, through a photographer friend of mine. He’s been playing on records for all kinds of cats since he was about 16 years old in Nashville. He turned me on to this producer. When I went to his studio, it reminded me of Willie‘s [Nelson] place [Pedernales Recording Studio] down in Austin. Lance and I had both had the opportunity to go and make a record down there that never ended up seeing the light of day. It was for a movie and placements for film and stuff like that but never came out. We actually made a record with Terry Date. Lance has gone back to the Dime days, ya know, way back to the days of early PANTERA. Anyway, we started writing songs and they started getting really good. We narrowed it down from twenty-four songs down to thirteen and then we tracked eleven. I found my voice on this one track, ‘Fault Line’, and the rest, as they say, is history. We started stumbling on to stuff that we didn’t know we had in us, and I wanted to make the best rock ‘n’ roll record I could possibly make. I didn’t want to make a metal record. I’ve done that so many times that I’m blue in the fucking face even talking about it! [Laughs] I wanted to make something that was true to me. I mean, you can take the boy from the farm as far as you can throw him, but I’m still going to have the metal influence; so you’re gonna hear a little of swagger and, of course, some of that stuff is in there. It’s just one of those things where I had to go back and find out why I was playing music in the first place and why I loved it. That meant going back to my roots. I was listening to different playlists and stuff like that. The ’70s had some really great music which came out of it. Then you had the ’80s where there was great music but it had image attached to it. Everybody got tired of the image. Everyone was dressed up with poofy hair and all that shit! Hell, we had to do it just to play a club. For me, it’s all about the song. Without the song, you don’t have anything. It came down to writing really good songs and then bastardizing the fuck out of it and turning them inside out! People ask me, ‘Why didn’t you do this ten years ago?’ Well, maybe the time wasn’t right ten years ago and maybe the time is right now. In this business, timing is everything. There aren’t any good rock ‘n’ roll records out there, man. There’s not. If there are, then show me the way and I’ll listen to them. I’m not saying there aren’t any and that mine is going to be the best of all of them, but I’m saying this is me and this is where I’m coming from musically. If you dig it, dig it. If you don’t like it, then don’t. I don’t care either way.”

Icon Vs. Icon: I’m sure finding your voice was a big part of bringing “Smoke On This” to life. What were some of the other challenges you faced along the way?

Rex: “The first thing was my passion for playing the guitar. I’ve been playing the guitar since I was nine years old but I’ve always been known as a bass player. At the same time, most bass players are guitar players. Typically, that’s your first passion and then you get stuck with the bass. I gave half my life to doing that. Before I even started this process, I took my old, trusty ’60s Telecaster and just went and played without any pedals or anything. I learned how to play guitar again. I was sitting with my little girl and she plays guitar. She was really getting into playing the folky stuff. I started her out with ‘Tapestry’ and stuff like that. I said, ‘This is what you need to learn how to play before you learn to play your favorite PIERCE THE VEIL song or whatever you are listening to.’ So, I made her listen to all the great songwriters that came out of Laurel Canyon. My rock ‘n’ roll lineage goes from… Well, ask me a tune and I can probably tell you what record it’s off of. That’s what rock ‘n’ roll is all about — getting the people out of there seats and making them have a good time. It’s where I want to go musically. It’s not reinventing the wheel but it’s where I want to be musically these days. I just wanted to make a really diverse rock ‘n’ roll record that had really good songs on it. I think I’ve done it and I’m proud as fuck of it. I couldn’t be happier.”

Read the entire interview at Icon Vs. Icon. 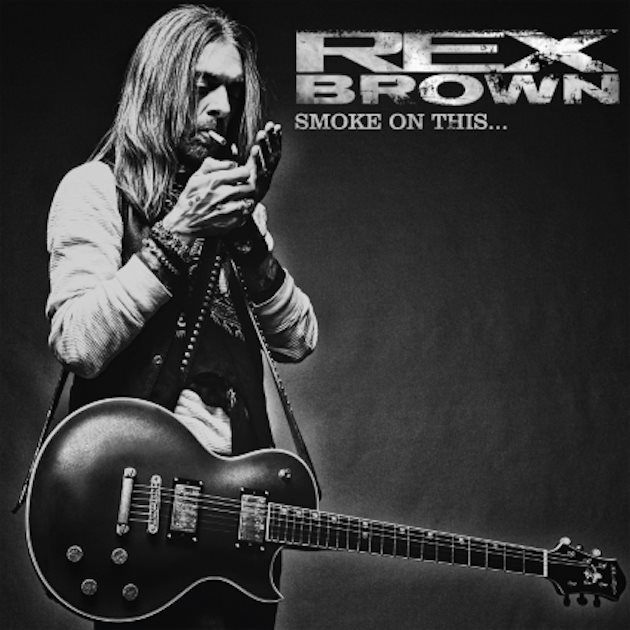