Drum-cam footage of original KORN drummer David Silveria playing the song “Act Of Valor” in rehearsal with his new band CORE 10 can be seen below. He is joined in the new group by Duncan Nisbet on vocals, Sean Lenhoff on vocals, Chris Dorame on bass, Joe Taback on guitar and Ronnie King on keyboards.

Says CORE 10: “‘Act Of Valor’ is inspired by, and dedicated to, the men and women who make up the United States Armed Forces, heroes who protect us and sometimes make the ultimate sacrifice in order to preserve our freedom to speak, to be, to live.”

Asked by BackStage360 why CORE 10 opted to have two singers instead of one, Lenhoff said: “Well, it’s trying to create your own sound, something original. Duncan had CORE 10 going for a little bit before I got involved. I left the previous band I was in, and he was, like, ‘Sean, do you wanna come in and try this? Let’s see how it works. Let’s try and do a metal/punk rock fusion thing with two singers.’ He’s very much a high-end, I’m very much a lower-end power singer. And it just ended up blending really well, and it’s done nothing but grow from that point.”

According to Lenhoff, CORE 10‘s sound has been described as a fusion of metal, rock and punk. “From doing different styles like that, we’ve been able to open up for KMFDM, FEAR FACTORY, MISFITS… And that’s pretty much some of the heaviest — in FEAR FACTORY — metal you can get, and KMFDM is completely electronica and you know what the MISFITS are,” he explained. “And it’s gone over really well. So we never wanted to pigeonhole ourselves into one genre. It’s so hard to make a living as a band and a musician now, you just take your influencces and you just run with it. Why not create something for everybody but having continuity still in what you’re doing?”

Although Lenhoff is perfectly aware CORE 10 is not for everybody, he believes that the band’s music will have a lasting impact on those that give it a chance.

“One thing I’ve heard that I loved was music is supposed to be disruptive,” he said. “It disrupts your being — emotionally, physically — it makes you wanna move, it makes you wanna cry. And that’s what’s highly important. That’s kind of where we’re at with it. It’s gotta affect you.

“If people don’t have an opinion about you, whether they hate you [or] love you, then you’re dead in the water,” he continued. “So they have to love or hate what you do, and as long as you get a reaction, that’s all that matters.”

Asked how he first got involved with CORE 10, Silveria said: “I’ve known Sean for about… probably fifteen, twenty years from downtown Huntington Beach days. And he kept sending me MP3s of songs, and the more I listened to it, it was kind of, like, you either love it or hate it. I was kind of conflicted when I first heard it. And I would show it to my wife and said, ‘What do you think about this?’ ‘Cause I didn’t really understand it at first. And the more I listened to it, the more I liked it. Now they come over and play, and I come out and my wife is all giddy and excited going, ‘I love that song. It’s one of the best songs you guys have ever done.’ And now I’m just in love with the music. So I’m all in now.”

CORE 10 made its live debut on April 1 at Tiki Bar in Costa Mesa, California.

Silveria, who left KORN in late 2006, sued his former bandmates in February 2015, claiming that his exit from the group was merely a hiatus and that he was rebuffed when he tried to return to the band in 2013. Silveria said he still had ownership interest in KORN and was asking a judge to force the band to reveal how much money they’ve made since he left so that he can get his rightful share.

Silveria was said to be especially upset over the fact that KORN welcomed back guitarist Brian “Head” Welch four years ago but wouldn’t do the same for him. Welch left the group in 2005 and continued as a solo artist before rejoining in 2013.

KORN singer Jonathan Davis told The Pulse Of Radio that he believed Silveria had lost his passion for playing music, saying, “The first two albums, I think, he really enjoyed playing drums and then after that he just lost his love for playing drums. It happens.”

Silveria told fans in 2013 that KORN was not the same since he left, saying, “Until they have the real ‘funky drummer’ it’s just not gonna groove the way it could. I’ve made it clear that I would come back and restore the groove.” 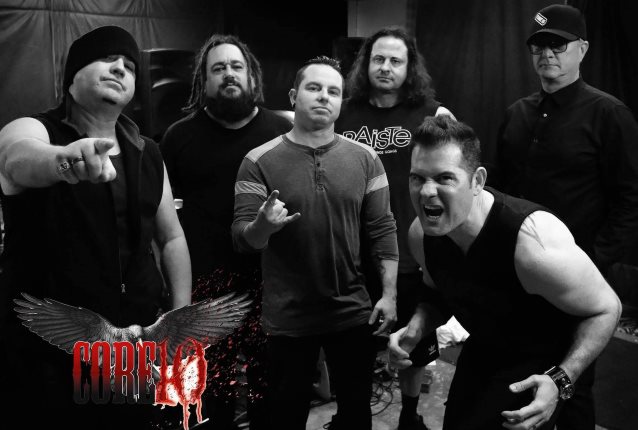