Dutch symphonic metallers EPICA will return this fall for “The North American Principle Tour”. They will be joined on the trek by Italian symphonic death metal kings FLESHGOD APOCALYPSE, Russian pagan warriors ARKONA and their good friends in THE AGONIST. The first three dates will feature Germany’s XANDRIA instead of ARKONA. Tour kicks off on November 4 in Quebec City and will conclude on December 3 in Worcester, Massachusetts.

EPICA frontwoman Simone Simons commented on the tour: “The time has finally come to visit North America again. We are super excited to show you guys our kick-ass new material of which we are extremely proud! We hope to welcome you all to experience ‘The Holographic Principle’ extravaganza!”

VIP/meet-and-greet bundles and upgrades are now on sale via Soundrink. They include the following:

EPICA will release its seventh studio album, “The Holographic Principle” on September 30 via Nuclear Blast. The CD was produced by Joost van der Broek at Sandlane Recording Facilities and was mixed by Jacob Hansen (VOLBEAT, DESTRUCTION). The cover artwork was created by Stefan Heilemann.

The band commented: “‘The Holographic Principle’ deals with the near future wherein virtual reality has taken off and allows people to create their own virtual worlds which can’t be distinguished from ‘reality as we know it.’ This raises the question whether our current reality is a kind of virtual reality on itself, a hologram. This implies the existence of a higher reality which we currently do not have access to. The lyrics challenge you to think out of the box, to reconsider everything you thought to know for sure and to be open-minded towards recent revolutions in science. Fasten your seat belts and get ready for a ride as nothing appears to be what it seems in our holographic universe.” 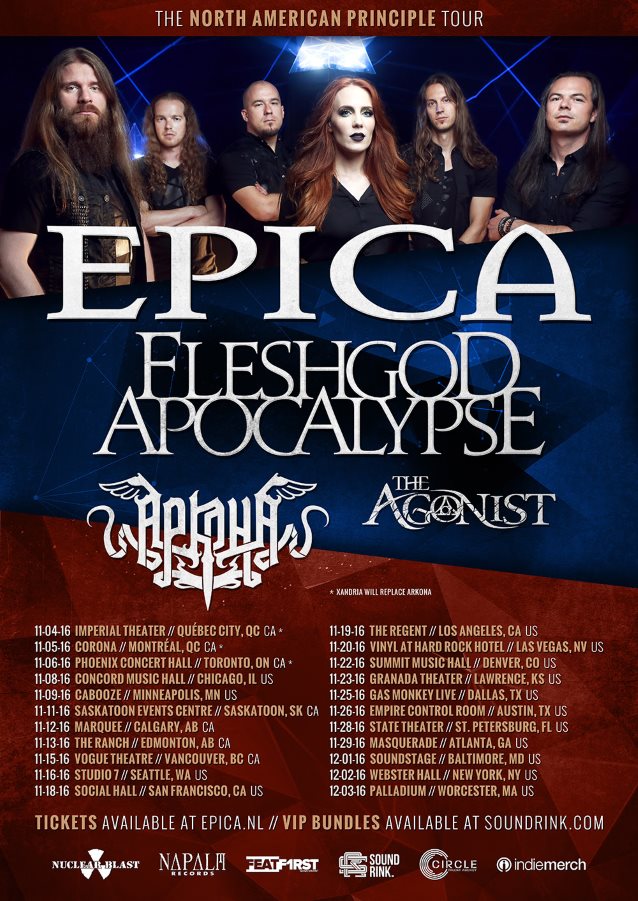