“The Grey”, the new video from the Swedish melodic hard rock band DYNAZTY, which features in its ranks current AMARANTHE singer Nils Molin, can be seen below. The song is taken from DYNAZTY‘s sixth album, “Firesign”, which will be released on September 28 via AFM Records.

DYNAZTY was founded in 2007 and reached its current formation a year later with the addition of Molin. To date the band has released five albums, toured internationally, zigzagged Sweden and performed in the insanely popular Swedish Eurovision song contest qualification, Melodifestivalen event.

DYNAZTY garnered international praise and scored notable domestic chart positions with its more traditionally hard-rocking “Knock You Down” album (2011) and its successor “Sultans Of Sin” (2012). Criminally overlooked “Renatus” (2013), saw the band shedding its old-school melodic hard rock skin for a sound more modern, more defined and more addictive. Fittingly for its Latin name (“Rebirth”), “Renatus” saw the band’s sound grow tighter with an arsenal of rapid rhythm patterns and machine-gun riffs, Molin‘s ever-present soaring vocals plus huge choruses that stuck in your head like horseflies and featuring melodic hooklines lesser bands would die for to have written. Sugar-pasted with massive arrangements, “Renatus” was an album the like of which most bands never manage to write. Yet somehow it managed to fly under the radar.

2016’s “Titanic Mass” saw the Swedes present the next logical step in the never-ending flux that is the sound of DYNAZTY. This time choosing to maintain the overall bite and tightness of “Renatus” and taking a courteous nod in the direction of power metal finally, and adding a symphonic element, the band succeeded in making the songs, if possible, yet another notch more addictive than before.

Molin officially joined AMARANTHE in July 2017 as the replacement for Jake E.

Having previously used Chris Adam Hedman Sörbye from the band SMASH INTO PIECES as a stand-in for Jake on some of the shows in 2016 and in early 2017, AMARANTHE recruited Molin for three Swedish concerts in March 2017 and he has been part of the group’s live appearances ever since. 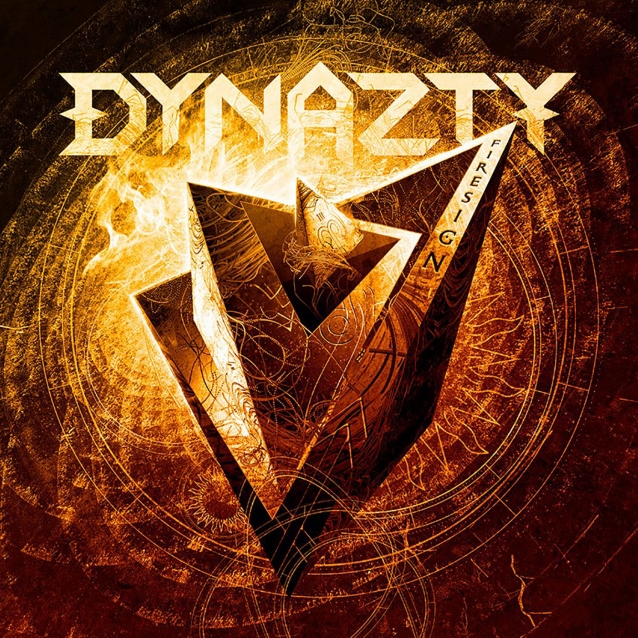