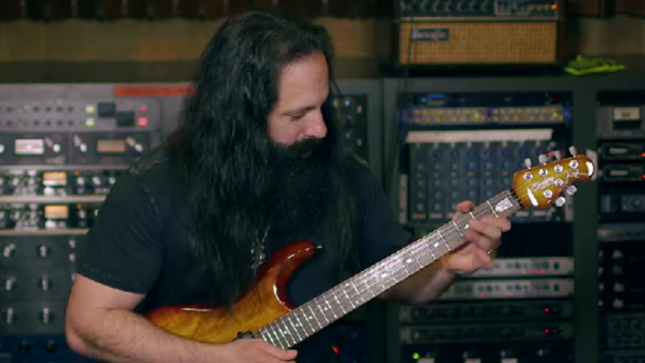 Dream Theater guitarist John Petrucci has posted his latest installment (September 1st, 2015) of Wild Stringdom via Guitar World. An excerpt is available below:

“I often use triadic arpeggio forms within my riffs and solos as a tool to create rich-sounding, poly-chordal sounds. I’d like to continue in that vein by presenting different ways in which to move from one arpeggio form to another, using a series of specific triads that complement one another well.

I hope these columns have been useful to you and have served to broaden your knowledge of the guitar while building up your chops. Thanks for reading.”

Go to this location for the complete article.

Dream Theater performed at the 2015 installment of the legendary Wacken Open Air. Pro-shot footage of the band’s complete show can be viewed below.

The setlist was as follows:

In the clip below, Dream Theater’s John Petrucci and James LaBrie talk about their new album and how they like to spend their spare time in this new video interview shot at Wacken Open Air 2015.

Find the band’s live itinerary at this location.