As previously announced, RAMMSTEIN will kick off the festival weekend with a headlining performance on Friday — the group’s only 2016 U.S. performance and first Chicago show since 2012.

Saturday will be headlined by Chicago’s own DISTURBED and SLIPKNOT will close out Chicago Open Air on Sunday. The rest of the lineup is below.

DISTURBED says: “It is long overdue that one of the greatest rock cities in the world has a festival of its own. We are honored and excited to be one of the headliners at the inaugural Chicago Open Air festival in our hometown of Chicago.”

The daily band lineup (subject to change) is as follows:

General Admission and VIP tickets are on sale now at ChicagoOpenAir.com. 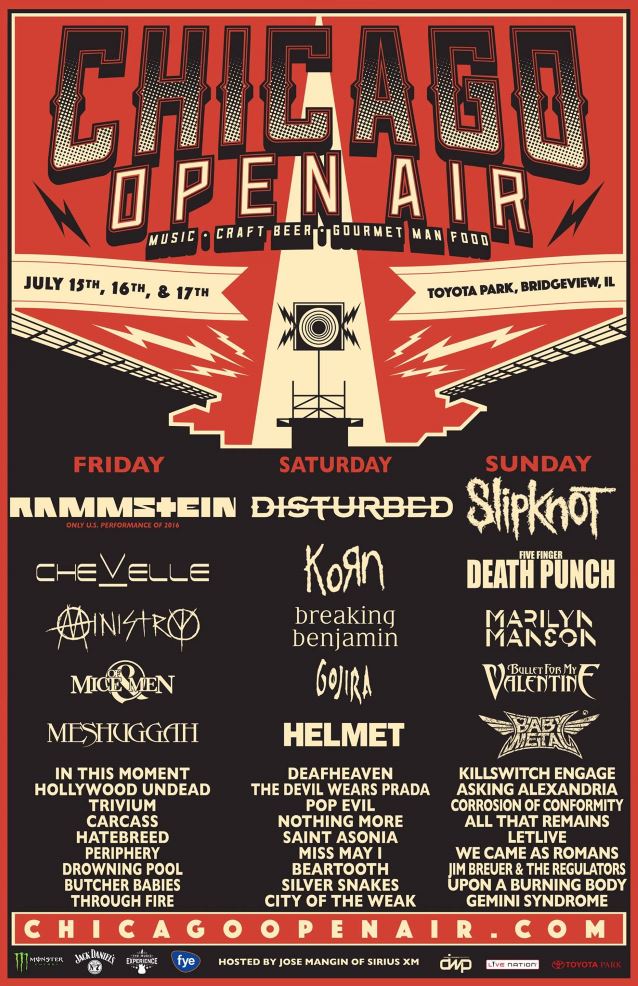