In a brand new interview with Patrick Tish and Brandon “4orty” Kessel of the 96.7 KCAL-FM radio station, DISTURBED guitarist Dan Donegan was asked what fans can expect to hear on the band’s upcoming album, “Evolution”. He responded (hear audio below): “You won’t know what to expect from us, ’cause we’ve taken so many turns on this album. [The first single] ‘Are You Ready’, that is probably the closest and the truest to DISTURBED that a majority of the fans know. Musically, it’s something that I wrote back in 2004, so it’s from that early-day era. I had the idea there — we just never finished it ’cause we had other material that was more complete back then. So I always just kind of put it in the vault; it was on the backburner. And this time around, as we were bringing up new ideas, I kind of just looked back at the archives of a few things that I never got around to finishing, and I just brought it back into the mix. David [Draiman, vocals] gravitated towards it right away and just said, ‘Oh, dude, this is awesome. I’ve got something great for this.’ And he started just kind of scatting a melody on top of it. And after it was coming together, I reminded him. I go, ‘Do you realize it’s something I kind of wrote in 2004?’ I’m glad we were able to finally finish it now, 14 years later. But it’s still very relevant and it still has that old DISTURBED sound with some of the old electronic element to it. But the rest of the material, as the fans see, we’ve taken a lot of big turns on this — a lot of directions in here that’s gonna turn some heads.”

Donegan also weighed in on Draiman‘s recent assertion that “Evolution” was his band’s “Black Album,” referring to METALLICA‘s self-titled fifth LP, which saw the band step in a more melodic direction than its previous thrash metal sound and helped garner a mainstream following.

“To us, we have certain albums that we’d like to try to measure up to, that have raised the bar in history,” Dan said. “And, obviously, that’s a big bar that was raised by METALLICA in those days. So, to us, we try to achieve that — have an album that’s diverse enough that’s gonna continue building an audience, continue getting our songs out to as many people as possible.”

“Evolution” will be released on October 19.

“Immortalized” ended a four-year hiatus for the quartet and was its fifth album to enter the Billboard 200 chart at No. 1. It featured the band’s massive hit cover of SIMON & GARFUNKEL‘s “The Sound Of Silence“.

Like “Immortalized”, DISTURBED‘s new album was recorded at The Hideout Recording Studio in Las Vegas, Nevada with producer Kevin Churko. 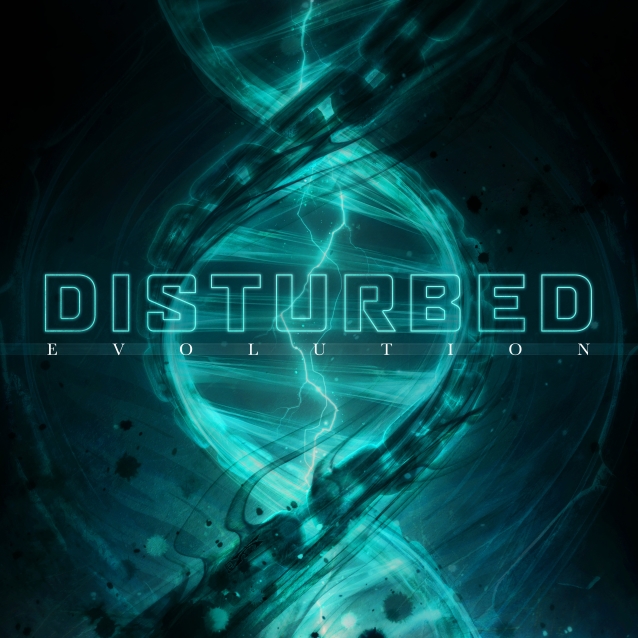