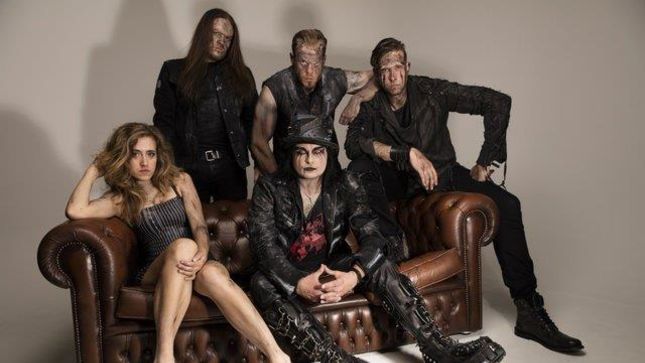 Witch County nefarious frights Devilmenet – led by vehement frontman Dani Filth, have released a lyric video for “Under The Thunder”, a track from their forthcoming masterpiece, Devilment II: The Mephisto Waltzes. The record, which is the follow up to 2014’s debut The Great And Secret Show, will be released by Nuclear Blast Entertainment on November 18th. Find the new lyric video below.

Dani had this to say on the subject of the new record: “Everybody in Devilment is very excited about the prospect of releasing our latest album, II – The Mephisto Waltzes, which we have worked extremely hard on. The album is definitely a step-up from our debut, featuring a more mature, dissonant presence coupled with a darker edge, yet at the same time utilizing our better musical assets to deliver a unique metal hybrid. I don’t even know what to classify it!”

Dani’s crew have meticulously pieced together a second blood-spattered batch of deranged anthems that brings vastly more color, intensity and lyrical versatility to this band’s spectral palate. The second Devilmenet record makes no splintered bones about its nefarious intent, offering a bewildering torrent of disparate and demented ideas and delivering them with refined, ultra-gothic panache and several jolting doses of Dani’s trademark verbal subterfuge. Assisted by long-time collaborators Lauren Francis (keys and vocals), Colin Parks (guitar), Nick Johnson (bass) and new drummer Matt Alston, Dani has arrived at the telling moment where Devilment become a genuine force to be reckoned with.

Regarding the album’s artwork, Dani revealed: “Winner of many international awards, the artist for the new Devilment album is Elena Vizerskayaaka Kassandra, whose photography and photo-manipulation perfectly complements the mysterious and magical world of Devilment. Elena’s work is sometimes compared to Dali and Magritte due to the complexity of artistic figures and the perceptible amount of layers, something to be felt and not necessarily understood, exotic dreams filled with reflections and allusion. I have been a fan of Elena’s work for a long while now and had originally wanted to utilize it for the Cradle Of Filth album, The Manticore And Other Horrors as far back as 2011, which only fell through when band politics intervened and an in-house label artist was used instead.”

“In conjunction with Elena, the booklet was compiled and further augmented with illustration by Dan Goldsworthy, who has also undertaken album artwork for the likes of Accept, Hell, and Sylosis, amongst others. His contribution to the album has provided it with a minimalist dark uniformity, punctuated by slick and classically macabre imagery, the perfect balance to Elena’s gorgeously vibrant photography.”

The album was produced, recorded, mixed and mastered at Grindstone Studios by close friend and long term collaborator Scott Atkins (Cradle Of Filth, Behemoth, Savage Messiah), between March and July of this year.

Dani added: “Scott has worked very closely with the band to share our vision and we are very proud of the finished result, especially the megalithic production values and the hammered-home emphasis on song writing.” 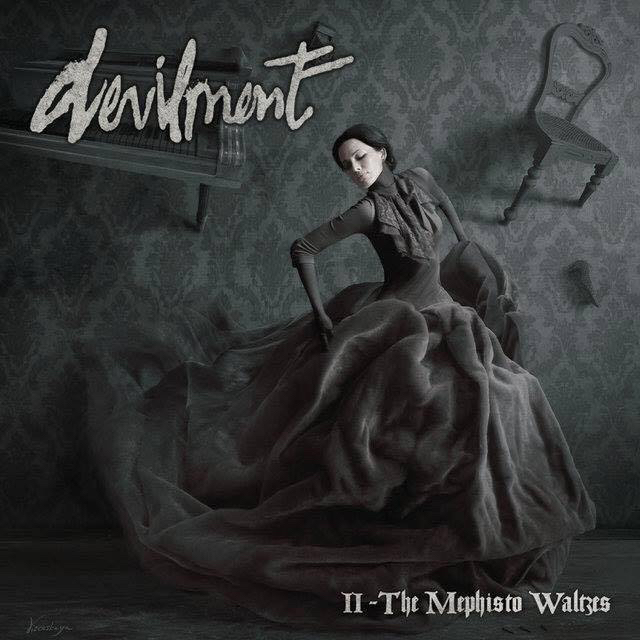 “JudasStein”
“Hitchcock Blonde”
“Under The Thunder”
“Full Dark, No Stars”
“Shine On Sophie Moone”
“Life Is What You Keep From The Reaper”
“Dea Della Morte”
“Entangled In Our Pride”
“Hell At My Back”
“The Seductive Poison” (bonus track)
“Father Dali” bonus track)

“Under The Thunder” lyric video:

Devilment recently announced an extensive UK tour which will commence this December. The run will kick off on December 6th in Colchester, taking the band through 11 UK cities – before wrapping up at eminent Southampton venue, the Engine Rooms on December 19th. 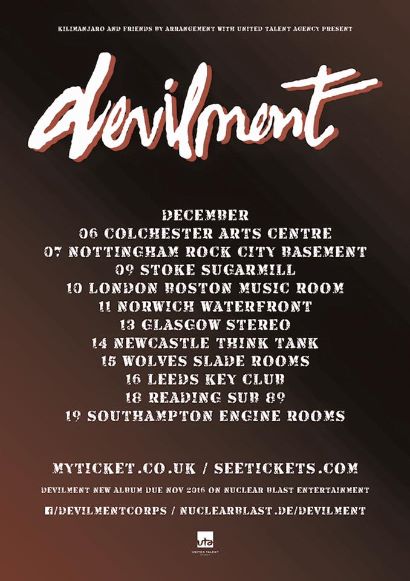