Metalshop TV conducted an interview with DEVILDRIVER guitarist Mike Spreitzer on August 10 at the Brutal Assault festival in Josefov, Czech Republic. You can now watch the chat below. A couple of excerpts follow (transcribed by BLABBERMOUTH.NET).

On whether DEVILDRIVER‘s latest album 2016’s ‘Trust No One” is a rebirth of sorts for the band:

Mike: “We kind of took a left turn with [2009’s] ‘Pray For Villains’ and we took a right turn with [2001’s] ‘Beast’; they’re very much different than the other records, which, looking back, I’m happy we did. And then [2013’s] ‘Winter Kills’, I think we returned to a little bit more of the sound of [2007’s] ‘The Last Kind Words’, but maybe with a little bit more maturity than where we were when we wrote [2005’s] ‘The Fury Of Our Maker’s Hand’ and ‘The Last Kind Words’, ’cause we had grown up and I’d like to think we’ve bloomed as musicians in one way or another. And then with ‘Trust No One’, I started writing that record, and shortly after that, John Boecklin [drums] and Jeff Kendrick [guitar] both quit the band and I was left to write it mostly by myself, which I was happy to do. And eventually Neal Tiemann [guitar] and Austin D’Amond [drums] came in and started helping me write, and they had a fair amount of input on the record as well. To date, it was the smoothest recording process, or writing process, for the band; it just was easy, there was no arguments, and it was just fun.”

On the differences between making “Trust No One” and the previous DEVILDRIVER albums:

Mike: “It’s no secret — John Boecklin and I, we were at the time the main songwriters in the band when we did ‘Winter Kills’, and we’re very, very good friends, we’re very tight — we’re actually closer friends now that we’re not in a band together — we see things differently. We have a lot of the same influences, but we also have a lot of different… I’m more into more of the melodic side of metal, and he’s more into probably the thrashy side. But a lot of his style had rubbed off on me, I noticed when I was writing this record, from working with him for twelve years. But we didn’t always get along in the writing process, and we always made it work. There [weren’t] big fights or anything like that, but [it would be, like], ‘No, this is better.’ ‘No, this is better.’ And we always needed a third party in there to be, like, ‘All right, which riff should we use?’ And ‘What should we do with the song? Should we leave it or should we change it?’ And luckily, that was not the process [this time around]. With ‘Trust No One’, I got to basically do almost whatever I wanted within reason. I didn’t wanna get too far out there with ‘Trust No One’, because there was a big lineup change and I didn’t wanna throw our fans for a loop, but I think on the next record, I’m gonna take some more chances and mix things up a bit.”

“Trust No One” was released on May 13 via Napalm Records. The follow-up to 2013’s “Winter Kills” was once again produced by Mark Lewis (ARSIS, THE BLACK DAHLIA MURDER, WHITECHAPEL, DEVILDRIVER, DEICIDE, SIX FEET UNDER) with assistance from Jason Suecof (AUGUST BURNS RED, DEICIDE, DEATH ANGEL). 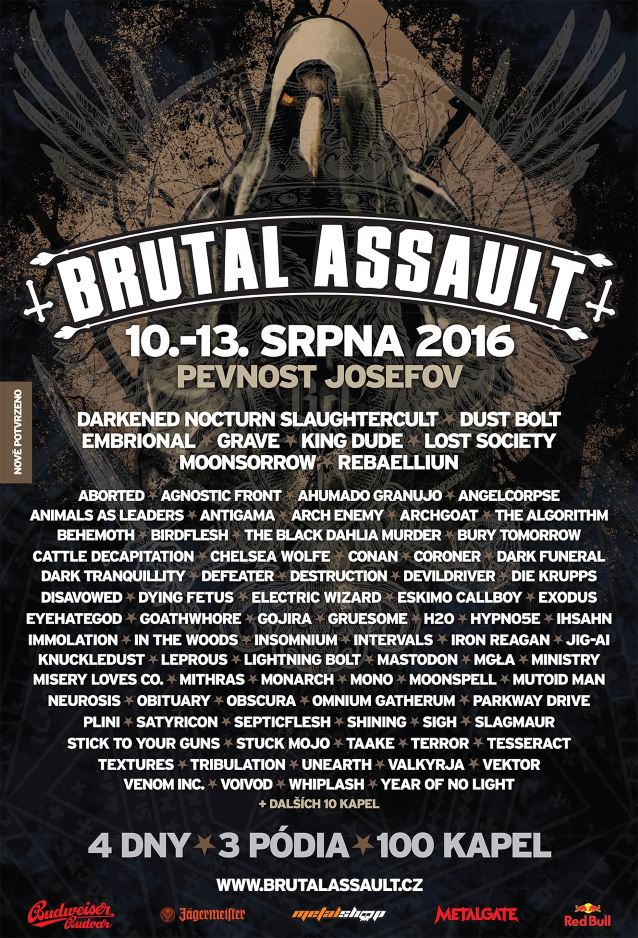