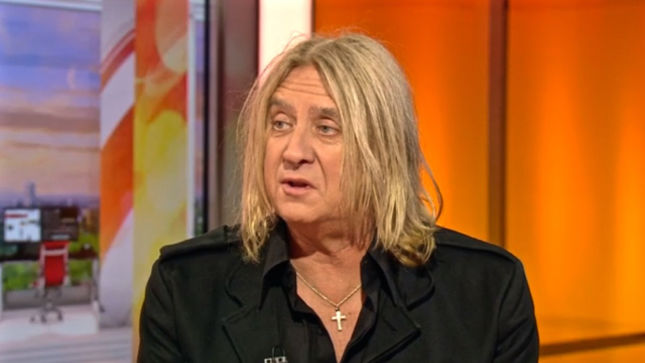 In an age where bands seem to be reuniting on a monthly basis, one of the UK’s most successful rock acts has never been away. Def Leppard have been making music for nearly four decades, and this year alone they’ve played more than 100 live shows.

Now on their 11th studio album, the band’s singer Joe Elliot spoke to BBC Breakfast. Check out video at this location.

Def Leppard was recorded earlier this year at frontman Joe Elliott’s studio in Dublin, Ireland. The release features 14 tracks in total and marks their first new collection of material in seven years. 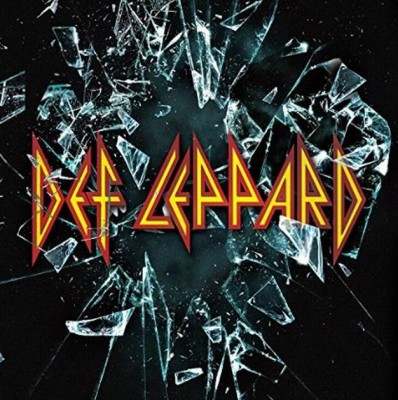 Def Leppard’s Hysteria On The High Seas – a four-day, four-night voyage out of Miami this January 21st – 25th, aboard the MSC Divina – recently announced a number of updates as the cruise is on the verge of selling out.

Cruise updates include: the additions of Frank Hannon (long-time Tesla guitarist) plus KIX; complimentary “on tour” photo with Def Leppard for all cruisers; Rick Allen’s Art Exhibit aboard the ship; exclusive unveiling of Def Leppard’s own craft beer; and two new payment options. For booking and more information, head to this location.

One of the greatest rock bands of all time and heralded as an institution in both the music and touring industry, Def Leppard will bring their spectacular live shows and arsenal of hits (including tracks off their long-awaited new studio album out this October 30th) aboard the MSC Divina, as Hysteria On The High Seas visits Grand Bahama Island and the private island paradise of Half Moon Cay, Bahamas. In addition, passengers sailing aboard the cruise will receive complimentary admission to an exclusive pre-cruise event on Wednesday, January 20 in Miami, FL, featuring special guest artists and more (details TBA).

This exclusive cruise is a fantasy camp for enthusiasts of Def Leppard, with non-stop entertainment, activities and fun. While this cruise is about all things Def Leppard, the “Hysteria” continues with some of the great names from the 80’s and beyond, with a lineup that includes: Tom Keifer; Last in Line featuring the original line up from Dio’s classic Holy Diver, and Last In Line Records featuring Def Leppard’s Vivian Campbell alongside fellow founding Dio members Vinnie Appice, Jimmy Bain and Claude Schnell, along with vocalist Andrew Freeman; Eric Martin (Mr. Big); Ritchie Kotzen; Kip Winger; and Eddie Trunk and Luc Carl as hosts. Just added to the line-up  Frank Hannon, long-time Tesla guitarist,  Kix – Steve Whiteman (lead vocal), Jimmy Chalfant (drums, vocals), Ronnie Younkins (guitars), Brian Forsythe (guitars) and Mark Schenker (bass) – who just released their highly anticipated and first new album in 19 years. KIX was recently hailed “Best Performers” at both Rocklahoma and M3 Rock Festival, where they played alongside metal heavyweights Sammy Hagar, Alice Cooper, Queensryche and more.

– The unveiling of a new Def Leppard craft beer that that band is working on; cruisers will have the opportunity to be the first to taste in an optional beer tasting event with the band (for a small fee). Details regarding pricing and ticketing will be announced shortly.

– Each passenger will be assigned to a photo group for their complimentary Def Leppard “On Tour” photo.

– Def Leppard’s drummer – Rick Allen – will bring his visual expression to life with paint, light and canvas with his Rick Allen Art Exhibit aboard the cruise. Each amazing piece that Rick creates has a story and a connection to his life and cruisers will get to enjoy his work up close and personal.

As previously announced, Def Leppard’s “Hysteria On The Seas” fan cruise will include:

For more information on the cruise, visit this location.