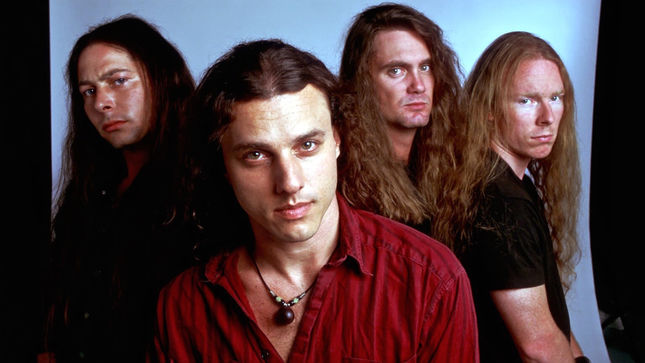 Relapse has announced the highly-anticipated vinyl reissue of Death’s legendary final album, The Sound of Perseverance. The reissue has been packaged into a super limited deluxe vinyl box set containing the album remastered on 2xLP with a bonus 3rd LP featuring demos from 1996 (on vinyl for the first time ever), all housed in an exclusive jacket with expanded art. All 3 LPs are pressed on an exclusive color of vinyl and come accompanied with an album art slipmat and an 11.75″ x 11.75″ album art LP flat signed by artist Travis Smith. Watch a trailer for the reissue below. 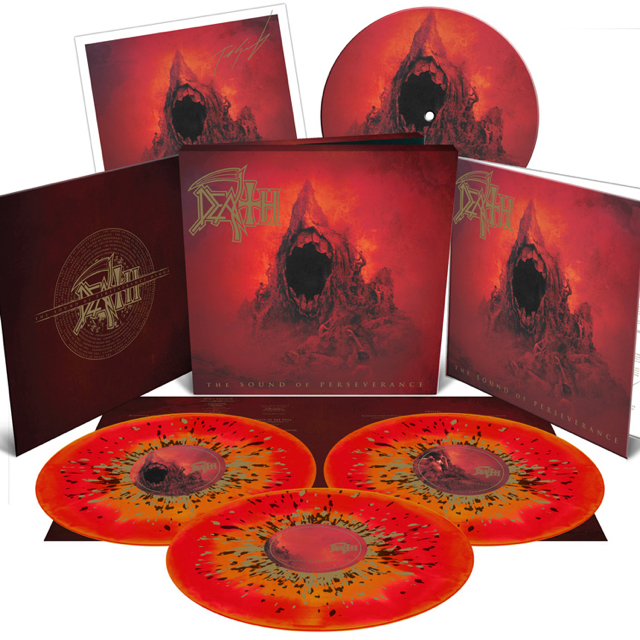 The Sound Of Perseverance reissues are due out this November 28th on 2xLP/Deluxe 3xLP Boxset via Relapse Records. Pre-orders are available now through Relapse.com here. The album can be streamed in full below. 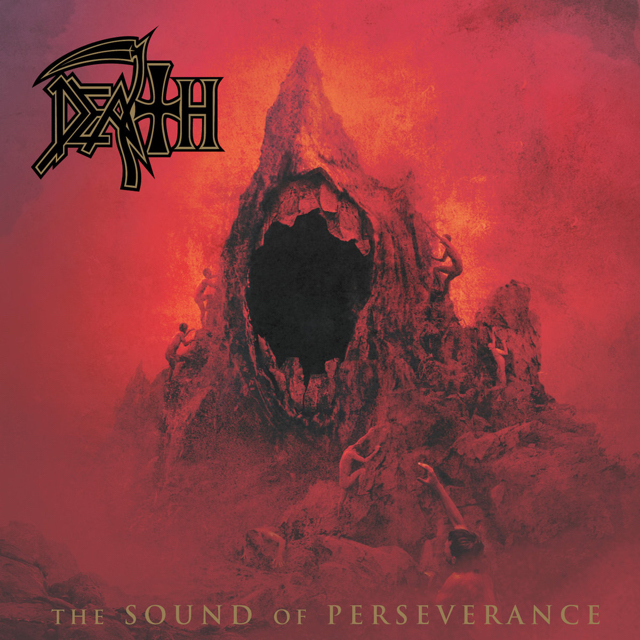 Over the course of more than a decade and seven increasingly accomplished albums, Chuck Schuldiner, the architect behind the ubiquitous Death, became a bona fide heavy metal icon. Now widely recognized as the father of death metal (if a single candidate must be chosen, his résumé is about as good as it gets), Schuldiner’s singular drive and ruthless creative vision guaranteed that Death would ever represent the cutting edge of the style’s development. Indeed, while the savagely raw aggression contained in Death’s first three albums proved crucial to spearheading the first generation of death metal bands, the astounding musicianship and increasingly sophisticated songwriting found on their later-day efforts surely influenced even more groups to explore the limits of extreme metal’s most progressive outposts. By all accounts a force to be reckoned with on-stage, Death also logged more frequent flier miles than perhaps any other band of their ilk, undertaking numerous far-reaching tours despite suffering from continuous and often acrimonious musician turnover within their ranks. Throughout this long journey and drastic evolutionary curve, Schuldiner was to be the only constant, the effective mastermind behind Death’s continually groundbreaking career, and, as proven by his near-canonization at the time of his untimely passing, arguably unequalled in stature within one of rock’s most uncompromising style.

View the full bio at Death’s artist page at this location.