With just six weeks left until the release of their highly-anticipated new album, “A Rock Supreme”, the acclaimed Canadian hard rock group DANKO JONES has unveiled a fourth song from the record — its infectious opening track, “I’m In A Band”.

In addition to setting the tone perfectly for the 11-track, all-killer/no-filler “A Rock Supreme”, “I’m In A Band” is an autobiographical mission statement that aptly captures front man Danko Jones‘s limitless passion for all things rock from its opening words: “I’m in a band, and I love it / All I want to do is play my guitar and rock and roll.” The song can now be streamed on Spotify, Apple Music and other digital platforms.

“A Rock Supreme” was produced by GGGarth Richardson (RAGE AGAINST THE MACHINE, RED HOT CHILI PEPPERS, RISE AGAINST, BIFFY CLYRO) and is due out April 26 via M-Theory Audio (U.S.), Rise Above (U.K.), Indica (Canada, AU, NZ) and AFM (rest of the world). 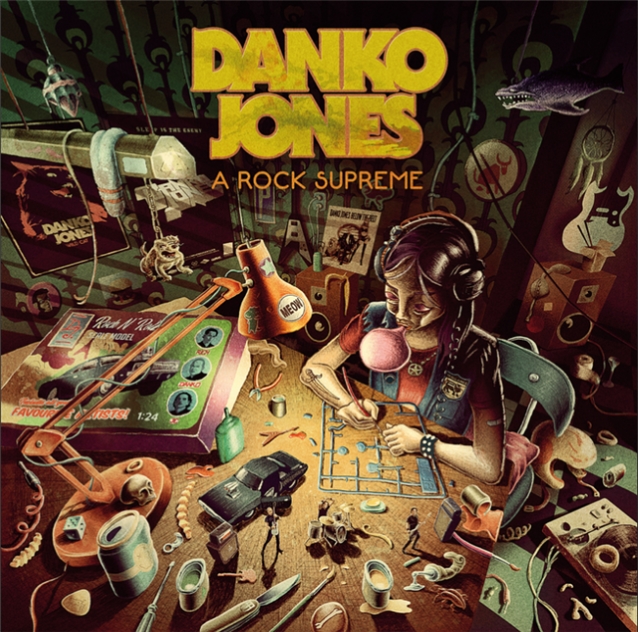