Sykes told BLABBERMOUTH.NET about DEMOLITION HAMMER‘s future plans: “We’ll do some limited touring and festivals. We haven’t discussed new music yet, but we’ll see where all this goes.”

A DEMOLITION HAMMER compilation, “Necrology: A Complete Anthology”, was issued in 2008, also through Century Media. The set contained the band’s entire three-album discography across two discs.

Shortly before the compilation’s release, Sykes released a statement taking issue with “the allegations” included in the liner notes which suggested that the band “didn’t have time to contribute” to the anthology. He explained: “In fact, DEMOLITION HAMMER was quite involved in the initial realization of the project. But ultimately, due to qualitative differences, we decided to let our past work with Century Media speak for itself.”

In March 2015, Century Media reissued “Tortured Existence” and “Epidemic Of Violence” on vinyl. 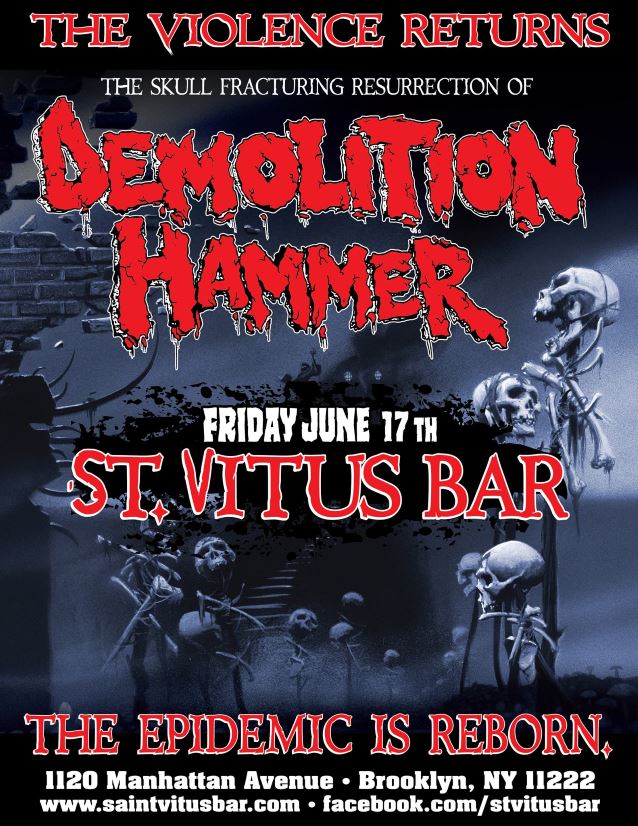