Craft Recordings has announced a vinyl reissue of CREED‘s “Human Clay”, in celebration of the best-selling album’s 20th anniversary. In stores October 11, the two-LP set is housed in a gatefold jacket and marks the first vinyl availability of the album since a limited edition pressing in 1999. “Human Clay”, which has sold over 20 million units worldwide, includes hits “Higher”, “What If”, “Are You Ready?” and the Grammy Award-winning single “With Arms Wide Open”.

After the success of its grunge-imbued debut album, “My Own Prison”, CREED went back into the studio with producer John Kurzweg (PUDDLE OF MUDD, GODSMACK) to record material for their follow-up. Though the Tallahassee, Florida-based band had already found enormous success on the rock charts with their multiplatinum-selling 1997 debut, 1999’s “Human Clay” would make them mainstream stars. Driven by the anthemic, first single “Higher”, “Human Clay” debuted at No. 1 on the Billboard 200, and CREED quickly became one of the biggest bands in the world. “Higher” spent a whopping 57 weeks on the Billboard Hot 100, peaking at No. 7. In July of the following year, the band scored their first No. 1 hit on the pop charts with the third single, “With Arms Wide Open”. The track — which frontman Scott Stapp wrote when he found out that he was going to be a father — earned the band a Grammy for “Best Rock Song” in 2001. To date, “Human Clay” has sold well over 11 million copies in the U.S., earning a rare diamond certification from the RIAA, joining the ranks of THE BEATLES‘ “Abbey Road”, Prince‘s “Purple Rain” and NIRVANA‘s “Nevermind”. It remains one of the top-selling albums of all-time in the United States.

CREED‘s enormous success is largely due to the prolific writing team of Stapp and guitarist Mark Tremonti, who founded the band together in 1993. Their winning combination of driving guitar riffs, rousing hooks and introspective lyrics earned them legions of loyal fans around the world. Following the release of their first two albums, the four-piece — which also included bassist Brian Marshall and drummer Scott Phillips — became the first band ever to have seven consecutive No. 1 singles on Billboard‘s Hot Mainstream Rock Tracks. CREED‘s third album, “Weathered” (2001), also debuted at No. 1, and produced several popular singles, including Top Ten hits “My Sacrifice” and “One Last Breath”. Though CREED announced its breakup in 2004, the band briefly reunited in 2009 to release “Full Circle”. Heavier than their previous albums, “Full Circle” debuted at No. 2 on the Billboard 200, proving the incredible staying power of the band. 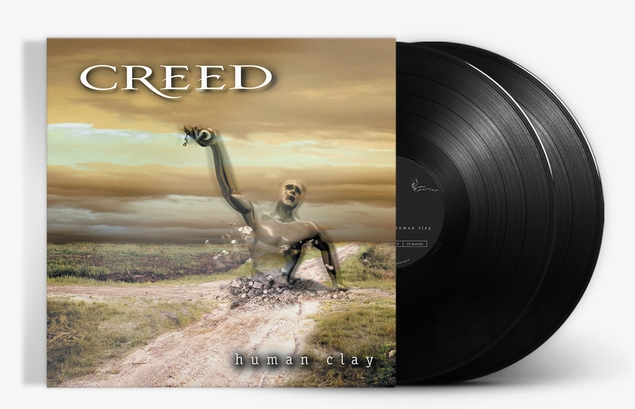