Professionally filmed video footage of CORROSION OF CONFORMITY‘s entire performance at this year’s edition of the Bloodstock Open Air festival, which was held August 11-14 at Catton Hall, Walton-On-Trent, West Midlands, United Kingdom, can be seen below.

CORROSION OF CONFORMITY drummer Reed Mullin was forced to miss the band’s Bloodstock appearance after injuring his knee earlier in the month.

C.O.C. bassist Mike Dean told TeamRock: “We were at the airport to come to the U.K. when we got a call from Reed saying he blew out his knee. We nearly had to cancel the show, but we decided to push ahead.”

The concert eventually went ahead, with the band’s drum tech, John Green, filling in after getting no rehearsal under his belt. “John sits alongside Reed so much that he knows the material,” Dean told TeamRock prior to the show. “He’s got heart’ he’s not fucking scared.”

Reed, who briefly took a break from touring with CORROSION OF CONFORMITY in June after suffering an alcohol-related seizure, was back behind the kit for the band’s August 20 appearance at the Ride For Dime event in Dallas, Texas.

As for Mullin‘s battle to stay away from alcohol, Dean told TeamRock it’s “an ongoing process. We seem to have got his attention and we hope he keeps responding well. It can be hard being on the road for a long time.”

CORROSION OF CONFORMITY is currently working on material for its upcoming studio album, tentatively due in 2017 via Nuclear Blast Entertainment. The effort will mark the band’s studio reunion with guitarist/vocalist Pepper Keenan and the Pepper-fronted version of C.O.C.‘s first full-length record since 2005.

CORROSION OF CONFORMITY‘s new album is being helmed by longtime producer John Custer, who has recorded such C.O.C. classics as “Deliverance”, “Wiseblood”, “America’s Volume Dealer” and “In The Arms Of God”.

Dean told TeamRock: “We’re currently writing it and we have a whole lot of material that we are just trying to narrow down. We’re trying to get 25 rough ideas down to between 12 and 15 songs that we’ll record and release next year. Four or five of them are pretty much whole formed songs.”

Part of the reason for the delay in the new album’s completion has been the fact that CORROSION OF CONFORMITY has been deluged with tour offers since Pepper’s return to the band in 2014.

“We keep saying yes to tours!” Dean said. “We’ve always been in demand, but with Pepper back, it’s even more so. We’ve just agreed to do a tour with TORCHE and RED FANG. It’s hard to say no to that.” 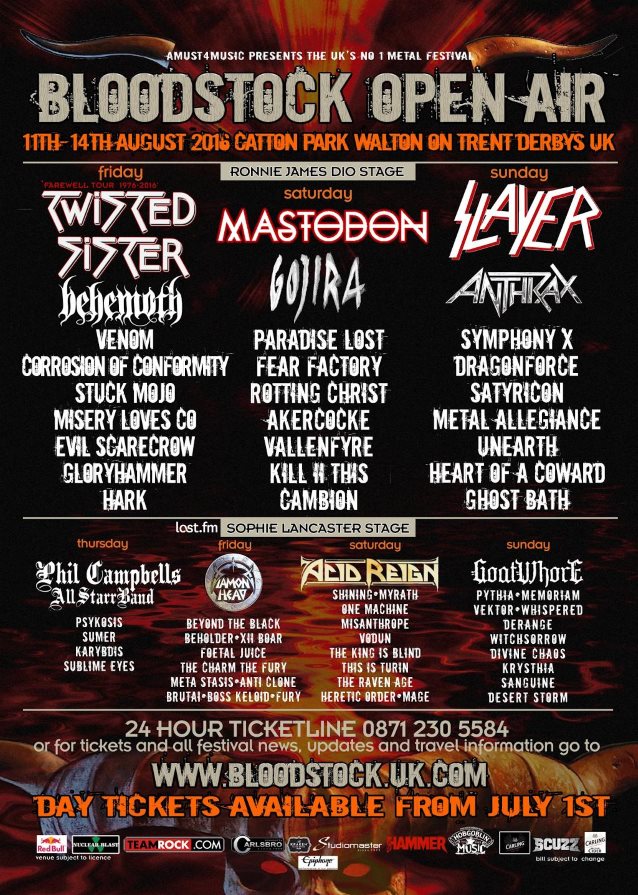