“I.O.U. Nothing”, the new video from COAL CHAMBER, the reformed ’90s alt-metal band fronted by current DEVILDRIVER singer Dez Fafara, can be seen below. The song is taken from COAL CHAMBER‘s comeback album, “Rivals, which will be released on May 19 North America via Napalm. The band’s first CD in over thirteen years was recorded in part at Audiohammer studio in Sanford, Florida with producer Mark Lewis (DEVILDRIVER, CANNIBAL CORPSE).

Asked who the “rivals” are that he is talking about in the title of COAL CHAMBER‘s new album, Dez said: “It’s really more about the artwork and how [the word] ‘rivals’ is scratched out.”

He continued: “Rivals can be your inner demons, your inner self; [or] exterior factors that are negative influences on your life. But either way, they’ve gotta go. And that’s kind of what this whole thing is about. If you go inside the record and you listen to the lyrics, it’s about expelling demons and getting rid of negative influences in and around your life.”

Speaking to The Age Of Metal, Fafara stated about what fans can expect from “Rivals”: “We put a lot of work into it, and it seems to be getting just a very positive [response]. But what you can expect is a record that, when it’s done, you’re gonna wanna push ‘play’ again. I mean, we really, really honed in on it, and I think that’s pretty evident.”

Regarding the writing process for “Rivals”, Dez said: “We locked ourselves in a room and just waited until it was very tight. Then [the other guys in the band] would throw me songs and I would throw them back lyrics, and that’s how it came together. It’s a very democratic process when it comes to COAL CHAMBER and the writing. And I think they did a great job. It was extremely freeing to do this record, ’cause I could use anything I want — I could use high screams, low screams, clean vocals, whisper tracks… all sorts of stuff — which was very freeing as an artist to do. It was a great time to record. And I think you can feel that within the record. We didn’t record with a click track, so [there are] ebbs and flows. Nothing was copied an pasted; everything was sung. I hit most of the stuff the first time I did the vocals, and the music itself is really raw and has a really great feel to it. I think it has a fresh feel to it. Don’t expect a throwback record. It’s not gonna sound like a throwback record. It’s us moving forward.” 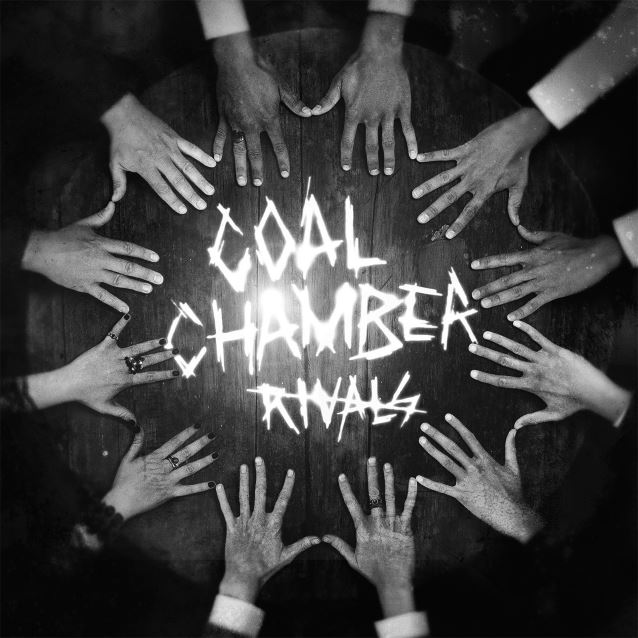