Swedish metallers CIVIL WAR have vowed to carry on with a new singer following the “surprise” departure of their original frontman, Patrik Johansson.

The band — which features former SABATON members Rikard Sundén (guitar), Daniel Mullback (drums) and Daniel Mÿhr (keyboards) — said in a statement: “As some of you probably already noticed, our vocalist Patrik suddenly left the band without any further notice. It came as a really big surprise to us all.

“We just had a meeting and we came to the conclusion that CIVIL WAR will go on, and all planned gigs and festivals will be done as planned!

“We’ll take the holidays now to let all this sink in and then we’ll start the hunt for a new singer after that.”

Johansson released his own statement in which he said: “Okay, to avoid misunderstandings: I have left CIVIL WAR. They need to tour more and I am not the guy for that due to my work and family situation.

“I have given them some of my best songs and almost five years of my life. I love them, but all things have an end.

“I wish that they can get a new singer that can carry on my legacy and the spirit of CIVIL WAR.

“If no new singer can be found in time, I will, of course, do the booked shows if they want.

“I will now focus on ASTRAL DOORS and perhaps more important to make a follow-up to LION’S SHARE‘s epic ‘Dark Hours’!!”

Asked if the SABATON connection has made it easier for CIVIL WAR to get tours and recognition in the metal scene, Johansson told Sound The Charge! web site: “Of course, this whole SABATON thing has made it easier for us to achieve fame. No doubt about that. On the other hand it is tough for us to convince the ‘real’ music fans that we actually are a good band since most of the real metal fans hate SABATON. So it’s both good and bad.” 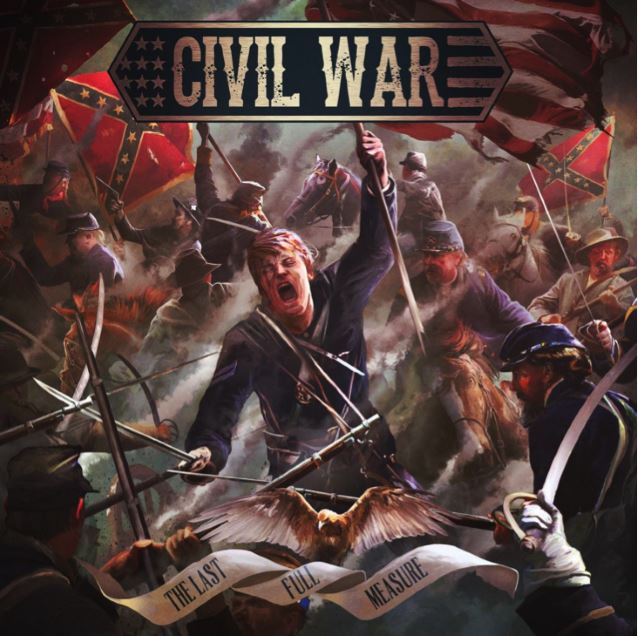