The second in a series of track-by-track-breakdown videos for CHILDREN OF BODOM‘s ninth studio album, “I Worship Chaos”, can be seen below.

“I Worship Chaos” will be released on October 2 via Nuclear Blast. The artwork for the CD was created by Finnish artist Tuomas Korpi and can be seen below.

“I Worship Chaos” was once again recorded at Helsinki, Finland’s Danger Johnny Studios and was produced by CHILDREN OF BODOM and Mikko Karmila, who worked with the band on their earlier albums “Halo Of Blood”, “Hatebreeder”, “Follow The Reaper” and “Hate Crew Deathroll”. The CD was mixed and mastered at Finnvox Studios in Helsinki, Finland.

“I Worship Chaos” will be available in following formats:

The album can be pre-ordered at this location.

Comments CHILDREN OF BODOM guitarist/vocalist Alexi Laiho: “To me, it seems like ‘I Worship Chaos’ has a lot darker vibe in it than the previous albums and so far everyone has told me that the songs are a lot catchier this time, which I’m definitely glad about. To sum it up, it’s angry, dark and catchy as fuck. I think it’s safe to say ‘I Worship Chaos’ is CHILDREN OF BODOM reborn even more pissed off.”

CHILDREN OF BODOM has recruited Antti Wirman, the younger brother of the band’s keyboardist Janne Wirman, to handle second-guitar duties for their upcoming shows.

Antti, who has been a member of Janne‘s band WARMEN since 2001, made his live debut with CHILDREN OF BODOM on May 30 when the group played a surprise six-song set at Nosturi in Helsinki, Finland.

“We wanted to go with someone close to the band we can count on and who can nail these songs. Antti was the obvious choice,” said Janne.

Antti will play with CHILDREN OF BODOM through the end of the year. The group will then decide what to do about the second-guitarist position on a more permanent basis.

CHILDREN OF BODOM‘s first official concert with Antti took place on June 4 at the Sweden Rock Festival in Sölvesborg, Sweden.

CHILDREN OF BODOM in May announced the departure of the band’s guitarist of the past decade, Roope Latvala. 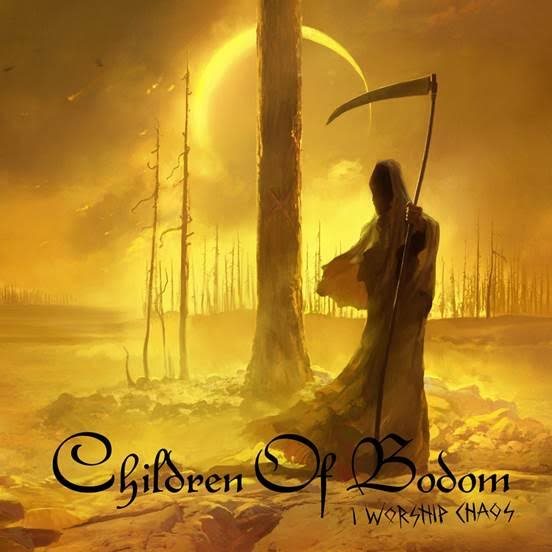