The official music video for the song “Platitudes And Barren Words” from Finnish melodic metallers CHILDREN OF BODOM can be seen below. The track is the third single from the band’s tenth album, “Hexed”, which will be released on March 8 via Nuclear Blast Records.

CHILDREN OF BODOM frontman, guitarist and mastermind Alexi Laiho comments: “This one has been a lot of people’s favorite song since day one and when you think about it, every single part of it is catchy as hell, so it makes sense. Can’t wait to play it live.”

“Hexed” saw the return to Finland’s Danger Johnny Studios where COB was reunited with Mikko Karmila (“I Worship Chaos”, “Halo Of Blood”, “Hatebreeder”, “Follow The Reaper” and “Hate Crew Deathroll”) who recorded everything except keyboards and also produced the album with the band. Janne Wirman recorded keyboards at Beyond Abilities Studios. The album was mixed and mastered at Finnvox Studios in Helsinki, Finland.

CHILDREN OF BODOM will embark on the “Hexed” 2019 North American tour this spring. The trek will kick off in Quebec City on March 13 and conclude in New York City on April 19. Support on the trek will come from Finnish death-doom melody makers SWALLOW THE SUN and Finnish epic melodic death metal quartet WOLFHEART as well as SUMMONER’S CIRCLE (March 13-16 and April 9-19), HOLLOW CRY (March 18-29) and FRAGMENTUM (March 30 April 7).

Bassist Henkka Seppälä (a.k.a. Henkka T. Blacksmith) stated about “Hexed”: “For me, it has always been very hard to describe our new music. In a way, it always feels familiar, but the new stuff also always surprises me. Here we have something that’s very BODOM, but somehow we haven’t done this kind of stuff, possibly ever. Then again, someone said that there’s a somewhat similar vibe to what ‘Follow The Reaper’ had. I don’t know. Anyway, we had a really hard time choosing the songs for the videos. I guess that’s a positive problem to have.”

For this album, the band enlisted Deins Forkas to create the album artwork. Henkka commented on the cover: “For some years I’ve wanted to try a different approach with our cover art. We are so used to digital art, so it’s really hard to do something else. Doing it completely with a computer is somewhat safe and convenient. This time we all agreed to try going old school. We found this cool dude and gave him simple instructions — the cover has to be purple and the reaper has to be central. Half a year later, we got his work, and with little tweaking, we now have the cover of ‘Hexed’. It is very different from what we are used to, even the Reaper looks different, but at the same time very spooky.” 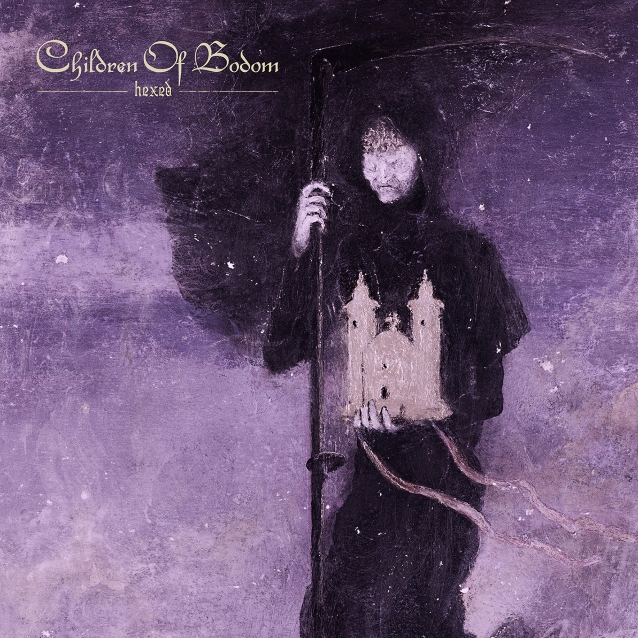