The official animated music video for the song “Six Days” from CELLAR DARLING, the band featuring former ELUVEITIE members Anna Murphy (vocals, hurdy-gurdy), Merlin Sutter (drums) and Ivo Henzi (guitars, bass), can be seen below. The song is taken from CELLAR DARLING‘s debut album, “This Is The Sound”, which was released on June 30 via Nuclear Blast. The disc was recorded at New Sound Studio with producer Tommy Vetterli (CORONER, ELUVEITIE).

Commented CELLAR DARLING: “It’s the sixth of November. A good day to present you the video to our song ‘Six Days’, a dark and abstract story about the last man left on earth. We‘ve always wanted this special song to have a visual representation and we knew immediately that if we ever could realize this project, the man for it would be our favorite artist Costin Chioreanu. Without any guidelines, he has managed to capture the atmosphere perfectly. The video really shows what was inside Anna’s head when she wrote the lyrics and recorded the first demo in the middle of the night. When we further worked on this song, we realized once more that we are not really bound to one style of music and that we have the freedom to expand our horizon even more — that’s why this song will always have a special meaning to us. We hope you love it as much as we do!”

CELLAR DARLING just returned from its mostly sold-out tour with DELAIN and is preparing to embark on another extensive tour with LACUNA COIL.

When asked about the biggest challenges facing CELLAR DARLING since the band’s conception, Anna told AAA Backstage: “There haven’t really been many, as everything kind of fell into place and happened naturally. For us, writing the album was actually quite an easy task because we had so many ideas and so much output. But, of course, there were struggles within the realm of real life. Financially, we obviously weren’t having a great time since we lost our main job in ELUVEITIE and thus didn’t have any money. We’re trying to get our real lives back on track, but creative things are so great and that’s more important so I would say we’re facing the challenges we have very well.”

Murphy went on to say that “some” of these struggles are reflected in the lyrics of CELLAR DARLING‘s debut album. “Everyone’s always subconsciously inspired by what they’re going through, but with CELLAR DARLING, I don’t really want to convey what I am currently feeling or currently experiencing,” she said. “I want to take those feelings and make stories out of them — completely new stories and abstract poems, so I think it would be pretty hard to tell what is going on in our lives.

“A lot of our songs deal with the end of something, like an apocalypse or a death,” she continued. “It kind of represents what is going on with us because something very important ended and something very new started. You can definitely interpret some of that in our lyrics.

“When I write lyrics, it’s similar to when I’m writing melodies and songs — it all just comes to me. I don’t sit there and have something in mind. It’s really interesting because looking at the album and listening to the songs, it’s only after we realized what was going on in our lives that we started to interpret out own songs.”

“This Is The Sound” track listing:

After their split with ELUVEITIE, Murphy, Henzi and Sutter quickly realised their musical journey was far from over. What quickly developed was a unique and fresh combination of grand and heavy riffs, powerful drumming and a unique voice along with the signature folky, earthy tones of the hurdy gurdy. This, combined with classical elements as well as inherited folk influences, led to the creation of something entirely new, setting CELLAR DARLING on the path of musical innovation. 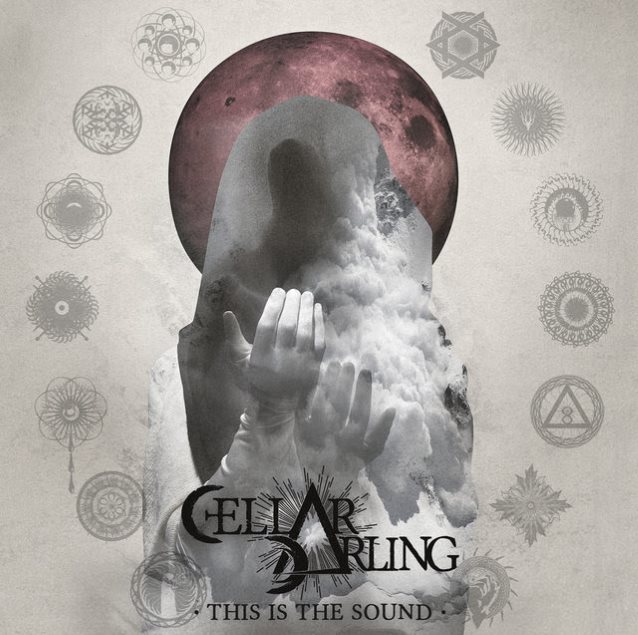