“Monsters Ball”, a brand new song from Los Angeles-based metallers BUTCHER BABIES, will be premiered this Wednesday, June 10 at 10:00 a.m. EST / 7:00 a.m. PST on SiriusXM‘s Liquid Metal. A music video for the track was filmed this past weekend in the band’s hometown.

BUTCHER BABIES have been performing “Monsters Ball” on their recent tour, to a great reception from the crowd.

“We wrote that song about the pit, actually,” BUTCHER BABIES singer Heidi Shepherd told Tina Smash of “Big Smash Radio”. “It’s called ‘Monsters Ball’. That’s what it is out there. All of us are just like monsters running around. There’s a line that says, ‘The broken limbs are leaving the match. A ringmaster’s itch for a mass to scratch.’ It’s just.. We’re all out there kind of doing the exact same thing. ‘Over the edge, you take the decadent fall.’ That’s when kids come over the edge for crowdsurfing and stuff. But it’s just, like, in the end, you can’t stop moving. All of us, we grew up in the pit. All of us felt the exact same thing. And when you’re out there and you’re feeling it, [starts chanting], ‘You can’t stop moving; no, you can’t stop moving; no, you can’t stop…'”

Added fellow BUTCHER BABIES frontwoman Carla Harvey: “It’s a really incredible feeling to see a sea of people singing a song that literally has never been heard yet. It’s really cool. Every show we’ve done so far on this tour we’ve gotten them into it, and it’s an amazing feeling.”

Added Heidi: “But the thing is we’re not ever gonna sacrifice who we are for that. What we’re attempting with this is to bring back the metal and the aggression into radio. So we kind of… We merged the two worlds. And radio stations who have heard it so far are impressed and we’re very excited for that.” 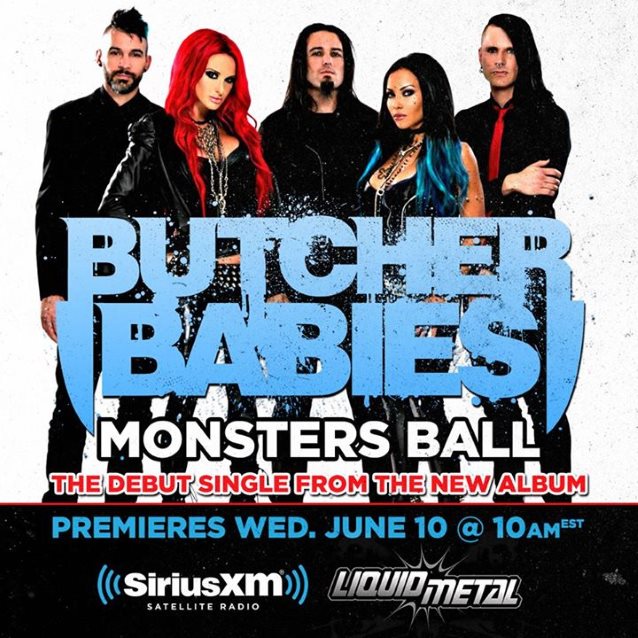