Guitarist Ron “Bumblefoot” Thal (SONS OF APOLLO, ex-GUNS N’ROSES) was recently interviewed by RadioactiveMike Z. The full conversation can be streamed below. A few excerpts follow (as transcribed by BLABBERMOUTH.NET):

Ron: “With technology today, it’s so easy to just piece things together, and there’s a disconnect. When you don’t have that disconnect, you know it — you can hear the difference. There’s a spirit; there’s an energy where everyone is kind of feeding off each other and pushing the limit of each other. Definitely with SONS OF APOLLO, we had that. We started just throwing ideas back and forth. Derek [Sherinian, keyboards] would send me a video of him playing keys to some part of a song, some crazy thing, and then I would have a little guitar riff, and I would send him and Mike [Portnoy, drums] just a little MP3 — like, ‘Hey, what do you think of this riff?’ — just so we had something to [reference]. The plan was, we were going to go into a studio in Burbank, and from March 1 to March 11, we’re making an album. That’s it — we’ve got ten days to bang the stuff out. And we did. We had a few ideas, just something to start with, to work off of, and me, Derek and Mike — the other guys were on tour still — we were banging it out. We would just come up with ideas and play as a band, the three of us, recording everything that we were playing. By the end of the day, there were song structures that evolved from that, and the next morning, we would come in and Derek would add a whole bunch of crazy keyboard parts over it, or I would take the guitar part that I did the day before and double it up so that one could be on the left speaker and one on the right, things like that. Billy [Sheehan, bass] finished up touring halfway through all of that and joined us, so then it was the four of us doing that, writing and recording. When those days were up, I went back to my place and I banged out guitar solos, and Jeff [Scott Soto, vocals] got off the road and banged out his vocals, and that was it.

“You can hear all of our influences, from VAN HALEN, to old prog stuff like U.K., and a lot of metal riffs and classic rock stuff in there. It’s an interesting coming together of identities, musical personalities. It’s what every band is — that’s what I always say, that’s what we love about a band, is you have these individuals that come together only once in the universe, and it creates something that’s one of a kind. Whether it’s THE BEATLES or CANNIBAL CORPSE or whatever it is, they’re just one of a kind, and it will never happen again. That’s what makes a band so special — they do something more than one human, more than one spirit could ever make.”

On his favorite GUNS N’ ROSES songs to play live:

Ron: “[For] one that I was on, I would have to go with ‘Shackler’s Revenge’, because I was doing a lot of backing vocals and a whole lot of switching between fretted and fretless. Definitely from the ‘Chinese Democracy’ stuff, ‘Shackler’s Revenge’ was a great one to play live, and one where I felt like I contributed a lot more compared to some of the other songs. That one, I felt more of a personal — I don’t know if connection is the right word, or just, I felt like I made a baby with it. With some of the other ones, I felt like I was kind of in the room, maybe, even though I did play on every song and I did write parts for every song and recorded them all, but that one, I contributed the most, and I felt good about that — that I was able to contribute a lot in that song.

“As far as the rest of whole rest of the catalog, tons of stuff — the obvious ones, ‘Sweet Child O’ Mine’. Why? Because that’s the one that got some of the biggest cheers in the audience, and that’s what it was about. That’s why we’re there; that’s why we were playing. Whatever is going to make people the happiest and lift them the most, and that was one of the songs that did it. ‘[Welcome To The] Jungle’, ‘Nightrain’, ‘Paradise [City]’, ‘November Rain’… I loved playing ‘Don’t Cry’. Our first year of touring together in 2006, 2007, we didn’t do that song as a band, and fans would always write to me and say, ‘Why don’t you do ‘Don’t Cry’?’ What I started doing in my guitar solo, when it was time for me to do my thing, I started playing this sort of one-man version of it, bringing in the chords and the melody and everything, and the audience would sing along. Eventually, it became part of the set. I remember I was in Tokyo in 2007, and we were ending the show. I didn’t grab a solo that night, and I remember Axl [Rose] said to me, ‘Hey, let’s go out, second encore, and let’s do ‘Don’t Cry’. I’m going to join you.’ It was the first time he did that song live in over a decade, from what I understand. From there, it became part of the set.”

Thal joined GUNS N’ ROSES in 2006, replacing Buckethead. He played with the band for eight years and performed on the group’s long-delayed 2008 album, “Chinese Democracy”. He has also released nine full-length solo albums over the past 23 years, most recently 2015’s “Little Brother Is Watching”, which was reissued on CD and vinyl last August by MEGADETH bassist David Ellefson‘s EMP Label Group.

In addition to his work with SONS OF APOLLO, Ron is also a member of the hard rock supergroup ART OF ANARCHY alongside CREED singer Scott Stapp and DISTURBED bassist John Moyer. 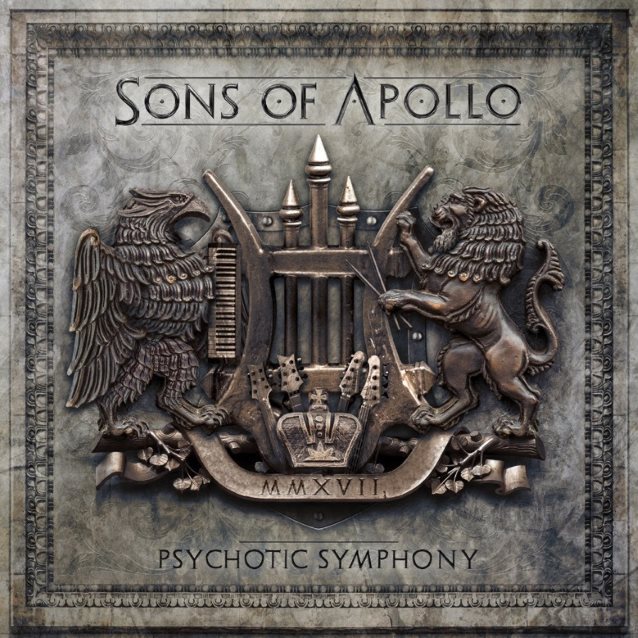 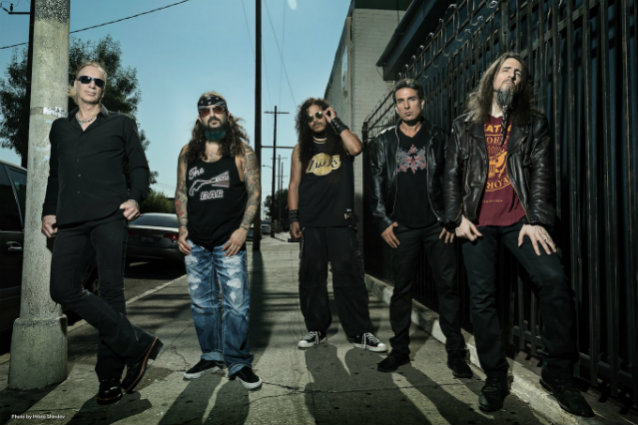