IRON MAIDEN frontman Bruce Dickinson will perform on November 21 at the Palais Montcalm in Quebec City, Qebec, Canada as part of the 50th-anniversary celebration of late DEEP PURPLE keyboardist Jon Lord‘s “Concerto For Group And Orchestra”. Also scheduled to appear are conductor Paul Mann, a close friend of Jon‘s, the Quebec Symphony Orchestra, and the PAUL DESLAURIERS BAND. Tickets go on sale on Wednesday, April 10 at 10 a.m. EDT at this location.

Dickinson said: “It’s a great honor to participate in the 50th anniversary of the ‘Concerto For Group And Orchestra’. When Paul Mann contacted me about the Quebec event, I said yes immediately.

“As many people know, DEEP PURPLE have been a major, ongoing influence in my life since I was a teenager, and down the years, I have been fortunate enough to become good friends with all of the band, most especially in my collaborations with Jon Lord.

“Right now, I’m still deciding on what to perform — so many great PURPLE songs to choose from! — and am looking forward to seeing everyone at this very special commemorative evening.”

Added Mann: “My long collaboration with Jon Lord, and in particular his innovative, genre-defying ‘Concerto’, has been one of the greatest joys of my musical life. I look forward to bringing this piece to Canada for the first time on the occasion of its fiftieth anniversary. Jon‘s spirit will definitely be with us.”

During a September 2018 spoken-word gig in Copenhagen, Denmark, Dickinson was asked about his relationship with Lord. He responded: “Jon Lord was a wonderful gentleman, and we were close friends. And he sadly died of… He had pancreatic cancer, but he survived for a year and a half — much against what everybody had said would happen. And actually, at the end, he didn’t die of pancreatic cancer — he died, unfortunately, of some terrible blood collapse that happened with him, possibly as a result of treatment. But we had all kinds of crazy plans, including me going out on tour with him, singing DEEP PURPLE songs with an orchestra, which he was planning to do; that was one of the things we were planning to do. But it all got interrupted and canceled, and [it was] obviously very sad. He was a wonderful man.”

Lord died on July 16, 2012 at age 71 after a long battle with pancreatic cancer. Lord, who was known for his keyboard virtuosity and his reinvention of the Hammond B-3 organ sound, co-wrote such PURPLE classics as “Smoke On The Water” and “Child In Time”, among others. Lord and drummer Ian Paice were the only original members to last through the band’s initial run from 1968 to 1976. He was on board for their 1984 reunion and stayed on through to his 2002 retirement from the band, after which he worked primarily in the classical field. 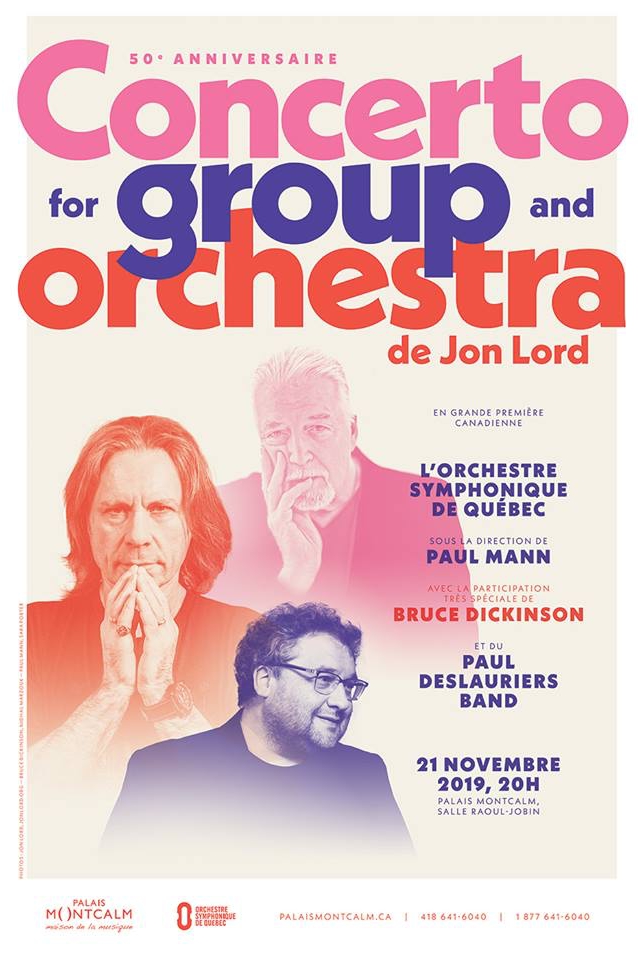