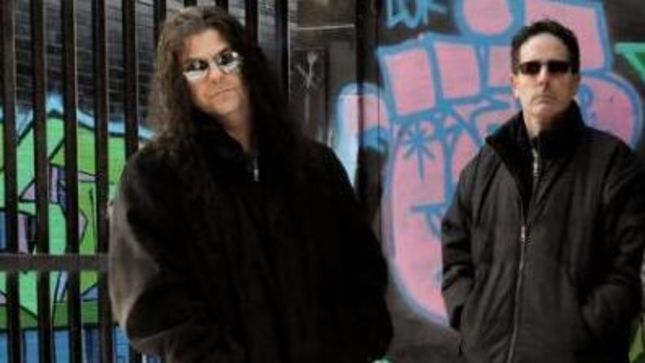 This year’s inductees for the Niagara Falls Arts And Culture Wall Of Fame will be announced next month, and The Review’s John Law is hoping to see five deserving names among them. Included in his list of favourites are Brighton Rock members Greg Fraser (guitars) and Stevie Skreebs (bass).

Law: “When hair metal was a thing, Niagara Falls had a pretty big player in the game. Though they never broke through in the U.S., Brighton Rock – formed by Fraser and Skreebs in 1982 – had plenty of Canadian hits like ‘One More Try’ and ‘Can’t Wait For The Night’. They still have devoted fans and tour with their original line-up, even with Fraser and Skreebs forming another band in 2007, Fraze Gang.”

Fraser responded via Facebook a short time later: “It’s always nice to be remembered in our hometown but was not expecting this kind of nod.”

Go to this location for Law’s rundown of Wall Of Fame favourites.

Brighton Rock recently checked in with the following update:

“Be sure to get your tickets to see Brighton Rock live in Pekin IL, on October 17th (Rock N’ Skull). There is also talk of Brighton Rock doing a live show at an old movie theater in Niagara Falls of which the band is hoping to possibly film a rockumentary of the mayhem which will certainly ensue.

The band is also hoping that Brian Sword who filmed the BR ‘Creatures Of The Night’ video will once again shoot his magic. If all things fall together this show will be happening sometime between August – October.”

Go to this location for live schedule details.

Brighton Rock recently uploaded a fan-filmed, two-camera mix of “We Came To Rock” shot live at FireFest 2013. They’ve followed up with footage of the band performing “Young, Wild And Free” at the festival: