German power metallers BLIND GUARDIAN will release their tenth studio album, “Beyond The Red Mirror”, in Europe on January 30 and in North America on February 3 via Nuclear Blast.

The seventh trailer for the album is available below.

Four and a half years in the making, the follow-up to 2010’s “At The Edge Of Time” was recorded at Twilight Hall Studio in Grefrath, Germany and produced by Charlie Bauerfeind (SAXON, HAMMERFALL, HELLOWEEN). The CD showcases BLIND GUARDIAN‘s collaborative work with three different classical choirs: one from the Czech Republic (Prague), one from Hungary (Budapest), and one from the United States (Boston). Two grand orchestras — each featuring 90 musicians — also lend their brilliant talents to the new recordings with absolutely spellbinding results.

Transporting listeners via a mysteriously powerful red mirror into an otherworldly dimension that includes tyrants, gods, and the Holy Grail, the ten songs comprising “Beyond The Red Mirror”‘s story lines revolve around the young protagonist we first met twenty years ago in the 1995 tracks “Bright Eyes” and “And The Story Ends”.

“A story between science fiction and fantasy,” explains Kürsch. “The story begins with our 1995 album, ‘Imaginations From The Other Side’. The two worlds described therein have changed dramatically for the worse since then. While there used to be several passages between the worlds, there is only one gate left now: The Red Mirror. It has to be found at any cost.”

Asked to describe the band’s guiding principles for the creation of this new release, BLIND GUARDIAN guitarist André Olbrich shares: “We want to surprise and impress with our music. Nowadays, music tends to be arbitrary and predictable. But we want to keep developing our music.”

Opening with a tidal wave of surging emotion courtesy of a spine-tingling choir “Beyond The Red Mirror” unleashes its first gem, “Ninth Wave”, a consciousness-expanding palette of landscapes and moods bearing the message of an urgent mission still seeking resolution. Closing with an explosion of heroic harmonies and choral glories with a nine-and-a-half minute, self-contained saga, “Grand Parade” (called “the best song we have ever written” by Olbrich), the grandiose, uplifting, and ingenious storytelling in “Beyond The Red Mirror” is guaranteed to leave you breathless.

Come 2015, you will soon experience why BLIND GUARDIAN are so influential in their genre and without equal in the pantheon of heavy metal music. Featuring artwork by longtime collaborator Felipe Machado, “Beyond The Red Mirror” will be available in the following formats:

“Beyond The Red Mirror” is as follows: 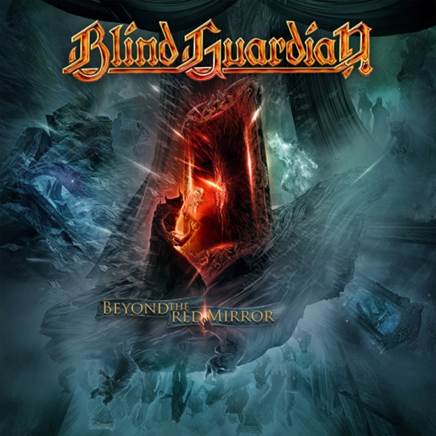 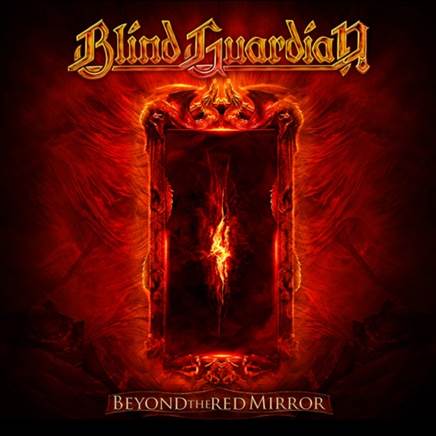