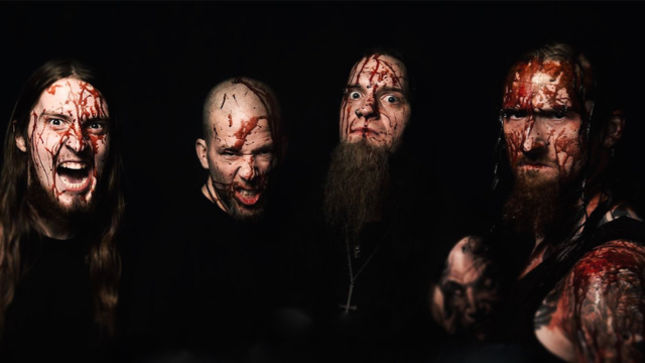 Edmonton, AB’s brutal horror mayhem known as Blëed has teamed up with BraveWords for the exclusive track premiere for “Committed”, the first single from their debut full length The Hatred Inside, due out on September 29th, to follow up their 2014 self-titled EP. Blëed, who are also 2015 Wacken Metal Canada finalists, will be hitting the road this September for dates in across Alberta and British Columbia (dates listed below).

“Hey everybody, Robert Kreed from Blëed here. We are very pleased to announce our Western Canada Tour, The Hatred Spawn, as well as the release of our first full length album, The Hatred Inside. This album is a visceral dissection of a tormented soul whose cruelty is depicted throughout the eleven tracks. Treat yourself to our first single “Committed”. A delightful song about killing everyone you have ever loved! We hope you enjoy our album, The Hatred Inside, and we look forward to seeing your bloody faces on tour! HAILS!” 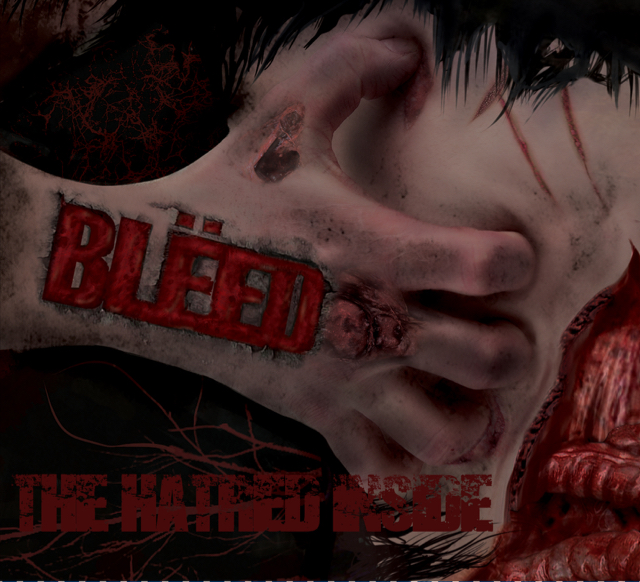 The Hatred Inside tracklisting:

Bringing horror, mayhem, and pain through a medium that brushes on brutal death metal. Blëed’s live show combines costumed performances with crushing, groovy thrash peppered with blood. The band pays homage to theatrical metal kings, GWAR, through their own original material and costume design. They guarantee that fans will be chanting along with their grotesque lyrics from such songs as “Committed” complete with appropriate props to accompany much of the material they write.

The blood covered four piece is comprised of Ron (guitarist), Rob (vocalist), Mike (Bass) who also plays bass in Samandriel, and Chuck (Drums) who also plays in Idolatry and Ivardensphere. They draw inspiration from many bands; Slayer for their in your face delivery and lyrical content, GWAR for their stage show and lyrical content, Strapping Young Lad for their chaotic sound and comedic entertainment, Zimmer’s Hole for their stage show and variety of song style, and DevilDriver for their overall heavy/borderline death metal sound.

Their song writing strategy is simple: start with a guitar riff, structure it, and map it out, from there they add bass and drums, rehearse liberally, and continue to craft the instrumentals until they are completely ‘fleshed’ out. Lyrics are usually written in one sitting by Robert (vocals), once the emotion is found, a story begins to unfold, be it about war, demons, death, torture, and other unpleasantries.

The band has released a self-titled EP in 2014, and plan to release their debut full-length on September 29th, 2015 accompanying it will be a booklet with individual band photos, grotesque artistic imagery, and lyrics for the songs. Fans and crowds are guaranteed to be covered in blood by the end of the show with their endless ferocity. 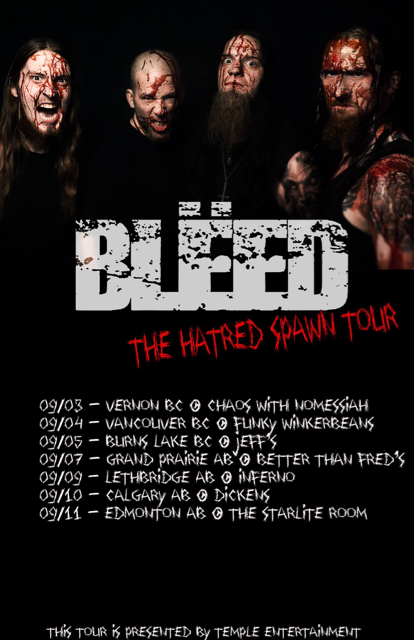