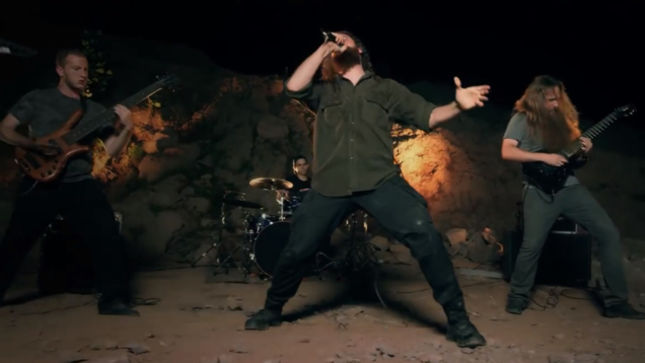 Progressive death metallers, Black Crown Initiate, have announced a Canadian tour hot on the heels of their recent North American tour with Napalm Death and Voivod. The Canadian run kicks off on March 25th at The Capital in Fredericton, NB and wraps up on April 4th at Overtime Sports Bar in Kingston, ON, with 11 Canadian cities total. Support for the tour will be provided by Samael on select dates. The full list is below.

Black Crown Initiate have the metallic chops, the surgically precise skills, and a firm grasp of mind-blowing dynamics, all of which come together to cement their status as a band to watch for years to come.

Armed with the independently released, four-track and 22-minute Song of the Crippled Bull EP and a coveted spot on the Metal Alliance Tour, Black Crown Initiate steadily built a name for themselves with a DIY ethos throughout 2014. While many bands pay lip service to that concept, Pennsylvania’s Black Crown Initiate, who craft thinking man’s hard rock that’s heavier than granite and that is smart without being esoteric, were too busy doing it instead of saying it. They caught the attention of several labels with their potent and unforgettable extended play release, eventually signing with eOne in 2014.

Their label debut The Wreckage Of Stars is the next step for Black Crown Initiate and one that will further put them on the metal map. It’s a sonically thrilling, 10-song opus, drafted by musicians who embrace the darkness and who masterfully craft mini-epics; most songs exceed the five-minute mark. From the opening salvo of “Great Mistake,” with its heavy artillery riffing and torrent of thunderous percussion, which sound like detonated bombs, to the dirgey hymn that is the title track, to the nightmarishly fast and fierce “Shapes Collapse,” The Wreckage of Stars will establish Black Crown Initiate as one of metal’s finest up-and-comers.

Guitarist/clean vocalist/lyricist Andy Thomas reveals that his band, which formed in February 2013 and experienced minor lineup changes before solidifying into the unit it is today, chose to put their debut EP out via Bandcamp and iTunes, letting it marinate and find an audience and industry buzz organically, as opposed to pounding the pavement to secure a deal. That approach allowed Black Crown Initiate to retain their artistic integrity.

“We were going to make the album we wanted to make,” Thomas said. “We paid for it out of our own pockets, to say that we did. Through that, some important people started reaching out to us.”

Now, with a new label deal in hand with eOne Music, Black Crown Initiate continued on the path that got them where they are and that are making the kind of music they want to make. Aesthetically, their foundation is heavy metal, but they seek to expand on that sound with increased attention to dynamics and other provocative elements, like posing poignant lyrical questions that will make the listener think, re-think and think it over some more.

“Musically, we listen to many different types of music, but our music reflects life,” Thomas said. “We seek to be dynamic. Like life. People are born. People die. There is sadness, happiness, despair and everything in between. We want our music to be like that. We want our music to have dynamics like life does. To ebb and to flow, like life does. We all grew up with heavy music and that is in my DNA, as it is with everyone else in the band. “

“I am a negative person, admittedly so. I’m not afraid to say, ‘This isn’t working and it’s not alright,'” Thomas said. “But I am so excited to come to Canada and play up there. I don’t really have a lot of control over my music, but I do have a direction for being on this tour, and that’s to send every single Canadian home with ringing in their ears. Which makes me happy.”

Listeners can expect their senses to tingle, thanks the complex and complicated music, and to have their brains stimulated as well with The Wreckage Of Stars. 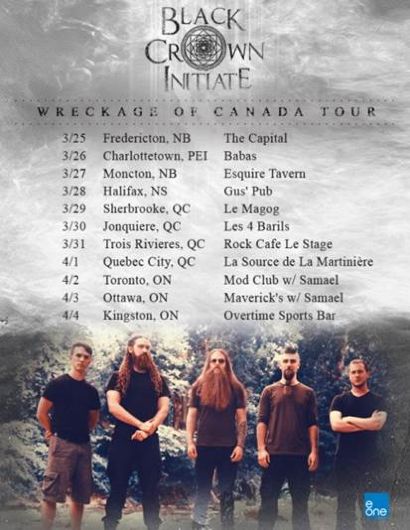