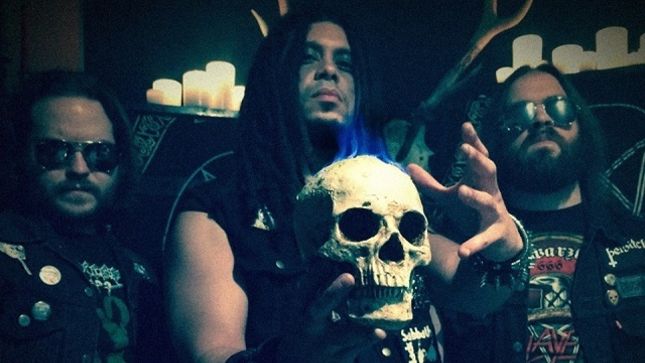 Divebomb Records recently announced the addition of Portland’s Bewitcher to the roster. Their self-titled debut album will be released on September 9th and the album is streaming in full below.

A press release states: “Rock ‘n’ roll is the devil’s music, and heavy metal its bastard child. In the 1980s, America’s radical fundamentalist Christian right-wing waged a war against this music, bringing its practitioners and its unholy muse to the forefront of the public consciousness.

“Over a quarter-century later, the devil’s rock ‘n’ roll is still alive and well, but the war is far from over.

“And so it came to pass…

“In the 13th year of Satan’s third millennium, a new force arose to defend the ways of old. Bewitcher is the ancient black flame of magic, mayhem, freedom, and liberation—burning in blatant opposition to the laughable norms of this modern age. Instead, they look to that bygone era, before its pollution by crybaby emo wimps, when heavy metal—in all its glory—truly represented the tenets upon which it was founded.

“May your children be corrupted, may your foundations be shaken, may your mundane existences be forever altered, for this spell cannot be broken…

“Fall and obey! And beware the curse of the Bewitcher!

“Divebomb Records is thrilled to present the blackened speed metal of Bewitcher.  Their self-titled debut was produced by Joel Grind (Toxic Holocaust, Lord Dying, Coliseum) and features nine tracks sure to appeal to fans of Midnight, Venom, Celtic Frost, Toxic Holocaust and Bathory.” 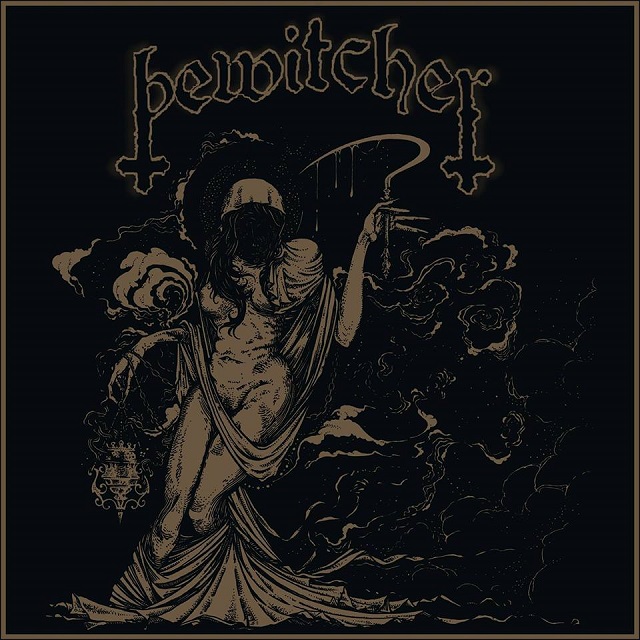 “Bewitcher”
“Speed ‘Til You Bleed”
“Sin Is In Her Blood”
“Wild Blasphemy”
“Midnight Hunters”
“Harlots Of Hell”
“Hot Nights, Red Lights”
“Black Speed Delirium”
“In The Night (The Cult Will Rise)”

Preorders are being taken at this location.