The second trailer for “From Hell With Love”, the sophomore album from BEAST IN BLACK, can be seen below. The disc is scheduled for a February 8 release via Nuclear Blast.

The follow-up to 2017’s “Berserker” was once again recorded in Anton‘s Sound Request Studio, and true to the motto “never change a winning team,” the cover artwork was created by Roman Ismailov, who worked on “Berserker” as well as the first record Kabanen wrote with BATTLE BEAST, “Steel” (2012).

Anton comments: “This album was forged with passion, fury, love, dedication and I would even dare to say with maniacal obsession. And once again, the stunning artwork by Roman perfectly captures the essence of what it was made of. This album is truly a creation that will burst from hell with love.”

Adds Ismailov: “It resembles a love-hate relationship in things that are part of our lives. Some things are like a beast that is almost impossible to tame. Then there is the love in what you do, which can overcome even the hardest obstacles.”

“From Hell With Love” track listing:

Bonus tracks (digipak and 2LP only!)

Kabanen told Kaaos TV that BEAST IN BLACK was pleased with the reaction to “Berserker”. “We had no expectations, basically,” he said. “We felt that, ‘Okay, we did a good job,’ and were happy with the album and the reviews kept coming in and they kept coming and it was more than we expected. Good and bad, but mostly good. YouTube is a big part nowadays for every band and there, we also kind of took a ‘rocket launch’ beginning. People are watching the video very much, the first music video we released. That also plays a big role nowadays. One song can matter very much. People don’t have that much album listening going on in this world nowadays. They listen to single songs in their playlists, so we’ve had help with that.”

Anton went on to say that he was relieved that BEAST IN BLACK has gotten off to such a strong start. “I remember when we finally released the first song and the feedback started to come. It felt like I was out of jail, so to speak. It’s been a long process. When you work on something for quite a long time, you don’t know any more what’s the reality, is it good or bad, you become blind to your own stuff, but you do. When it was out, the first song, it felt like, ‘Yes! It’s working. People like it.’ We did something that’s meaningful and that feels rewarding. It’s like an out-of-the-jail feeling, although I’ve never been in jail, but mental jail, mental prison.”

Kabanen was dismissed from BATTLE BEAST in February 2015 due to what was described at the time as “insurmountable disagreements” with the other members of the band. 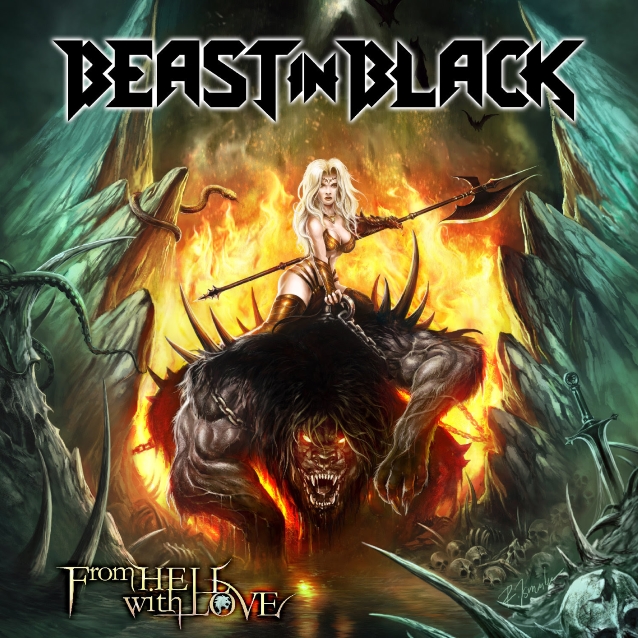