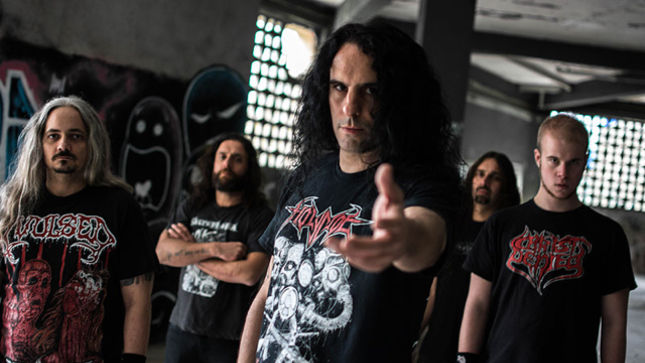 Two years after the recording of their Ritual Zombi album, Spanish death metal veterans, Avulsed, returns with a new recording in form of a 5-song EP entitled Altar Of Disembowelment, that marks the band’s recording debut for new drummer Erik Raya. A lyric video for the new track “Red Viscera Serology” can be found below.

Stylistically, Altar Of Disembowelment continues the unmistakeable sound of Avulsed, forged during almost 25 years, but this time, the four new songs sounds a bit heavier and darker than ever before, with their traditional essence firmly rooted in the old Finnish and Swedish schools with a Bolthrowerish spice and the fucking low vocal register that forever remains intact in Avulsed.

The EP was recorded in three different studios and mixed at Overhead Studios by Raúl Fournier “Furni”, ex-drummer of Avulsed between 1994-2004 for a later mastering at Unisound Studios by Dan Swanö.

Besides the four new songs, there’s a cover version of Black Sabbath’s “Neon Knights” that was initially recorded in late 2010 for a tribute album to Dio that ended up being a fiasco and instead of using that recording, the band decided to re-record it again for this EP.

Cover artwork for Altar Of Disembowelment was again work of Juanjo Castellano who was also responsible behind the masterpiece cover art of Ritual Zombi who surpassed himself once again creating another absolutely astonishing artwork. 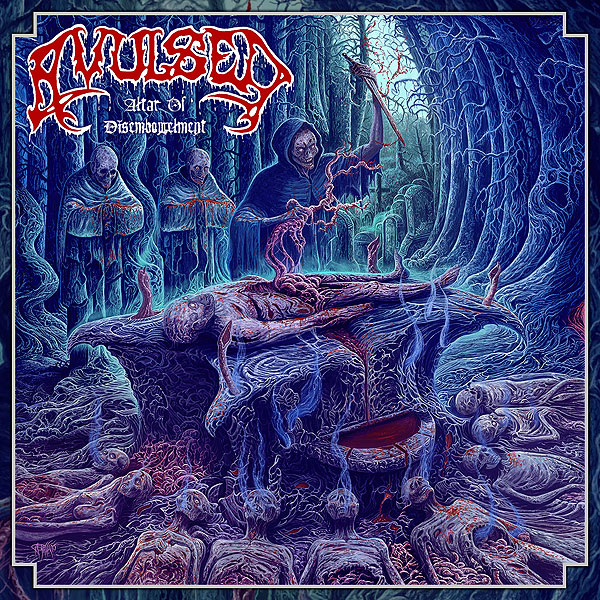 “To Sacrifice And Devour”:

Release date for the CD version of Altar Of Disembowelment is settled for September 9th through Xtreem Music, right before the band’s European tour, and the vinyl version on 10″ format, will be released at the same time by greek label Screaming Victims Distro on a limited edition of 500 copies with 100 units on each five different colours (black, red, blue, clear & marble).