AEG Live has announced yet another addition to their lineup of festivals, the Revolution Rock Festival — fueled by Monster Energy — set for Saturday, September 17 outdoors at Foxwoods Resort Casino in Mashantucket, Connecticut.

The powerful lineup for this new annual rock festival includes:

“We’ve spent the better part of two years searching for the perfect location to create a festival that is just for the rabid rock fans of New England,” says Joe Litvag, executive producer of Revolution Rock Festival for AEG Live. “After seeing the incredible property and amenities offered at Foxwoods Resort Casino, I knew we had finally found a home. It’s really easy to get to from just about anywhere in the region, and the fans can make a whole weekend out of it with a top-notch resort, golf, spa, shopping, great restaurants, and of course the gaming. Our hope is that Revolution Rock Festival will become an institution for rock fans of the Northeast and will be thought of as ‘New England’s rock festival’ for years to come!”

“We are thrilled to be partnering with entertainment powerhouse AEG Live to bring the Revolution Rock Festival to Mashantucket and Foxwoods Resort Casino,” says Felix Rappaport, president and CEO of Foxwoods. “Foxwoods has been at the forefront of entertainment since we opened in 1992, and events like this festival will continue to make Foxwoods the market leader.”

Presale ticket prices are as follows (plus fees):

At the general onsale, tickets will be priced as follows:

A limited number of Foxwoods Resort Casino VIP Hotel Packages for two or four people will also be available for purchase. Hotel packages will include VIP Lounge access, hotel for Friday and Saturday nights, and a $25 merchandise voucher per person. Visit RevolutionRockFestival.com for details.

A limited number of discounted ticket 4-Packs will also be available for active military through Revolution Rock Festival partner GovX.

Revolution Rock Festival is produced by AEG Live, producers of many of the most compelling rock festivals in the U.S., including Rock On The Range, Monster Energy Carolina Rebellion, Rocklahoma and more. 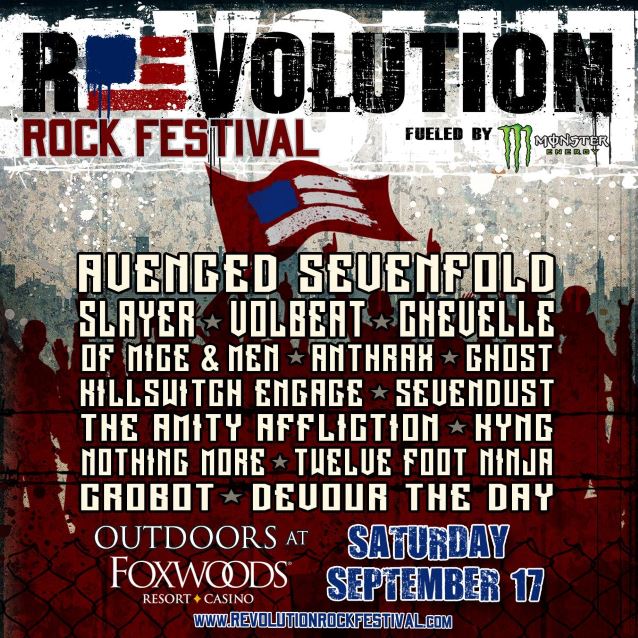