AVENGED SEVENFOLD played a free show in Minneapolis on Thursday night (August 18) as a warm-up for its gig with METALLICA at the city’s brand new U.S. Bank Stadium on Saturday (August 20). The band decided to play for 1,500 lucky fans on a first-come-first-served basis at the city’s First Avenue venue to “get the blood flowing” ahead of Saturday’s sold-out concert, which also features VOLBEAT on the bill.

There were no tickets sold for Thursday’s show. Doors opened at 7:00 p.m. and the first 1,500 people that were lined up were allowed inside the club.

Fan-filmed video footage of the concert can be seen below.

Saturday night’s show at U.S. Bank Stadium will be the first rock event at the new venue and METALLICA‘s only concert in the United States so far in 2016.

AVENGED SEVENFOLD has been recording its seventh studio album, but it’s not clear when the disc will be released since the band announced earlier this year that it was attempting to sever its contract with Warner Bros. Records.

The label sued the group in January for breach of contract, claiming the band owed it another studio effort and a live set on its existing deal.

AVENGED SEVENFOLD said at the time that “none of the senior management or A&R executives who were at the company and responsible for signing us are still there.”

The band’s previous two releases, 2013’s “Hail To The King” and 2010’s “Nightmare”, both topped the Billboard album chart. 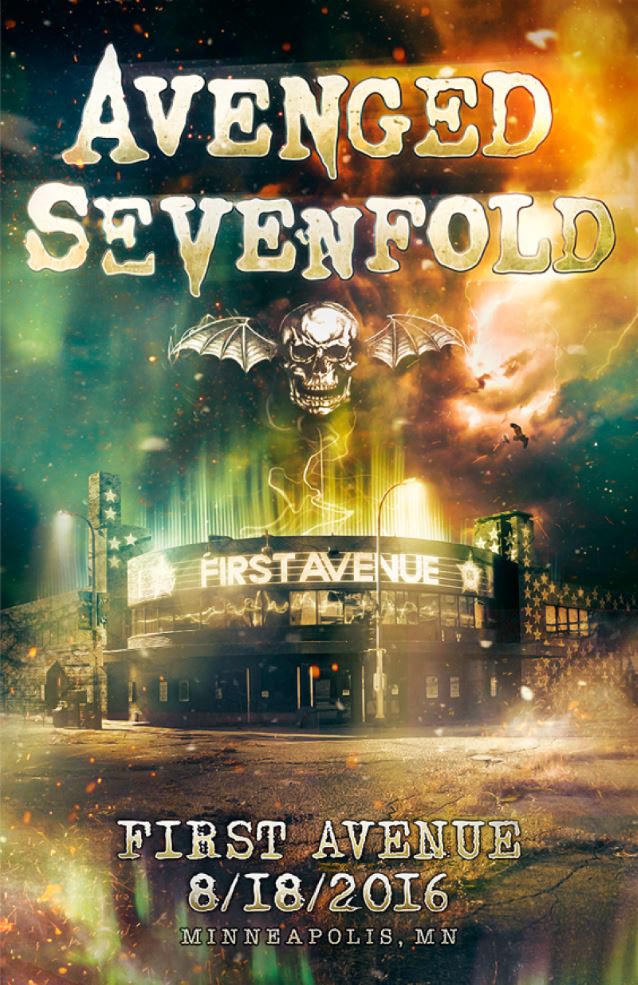