Swedish metallers AVATAR have debuted yet another visually stunning music video, for their track “The Eagle Has Landed”. Directed by longtime collaborator Johan Carlén, this is the first official music video we’ve seen from the band from their upcoming album, “Feathers & Flesh”, which will be released on Friday, May 13 via Another Century in Europe and Entertainment One (eOne) in North America and Canada.

AVATAR vocalist Johannes Eckerström explains: “During the past few months, I’ve ended up saying ‘this is our most ambitious work to date’ quite a bit, but this one takes the cake. While still keeping it in the family, we’ve created yet a new universe for everyone to get immersed in. A fable is a metaphor to explore the human condition and we’ve taken it one step further, zooming in on one song and what it has to say in and out of itself beyond the frames of the concept of ‘Feathers & Flesh’.

“This is the story of five conmen traveling around the land, selling their snake oil to the easily persuaded people of the soil. Often when we want karma to bite someone’s ass the most, they always seem to get away. It was fun to play the bad guy for once. I think the visuals and our treatment of the classic one take-concept speaks for itself. This is one of those you’ll want to watch over and over again. I know I’m already doing just that.”

“Feathers & Flesh” was recorded in Germany, Finland and Sweden in December 2015 with producer extraordinaire Sylvia Massy (SYSTEM OF A DOWN, TOOL, RED HOT CHILI PEPPERS). 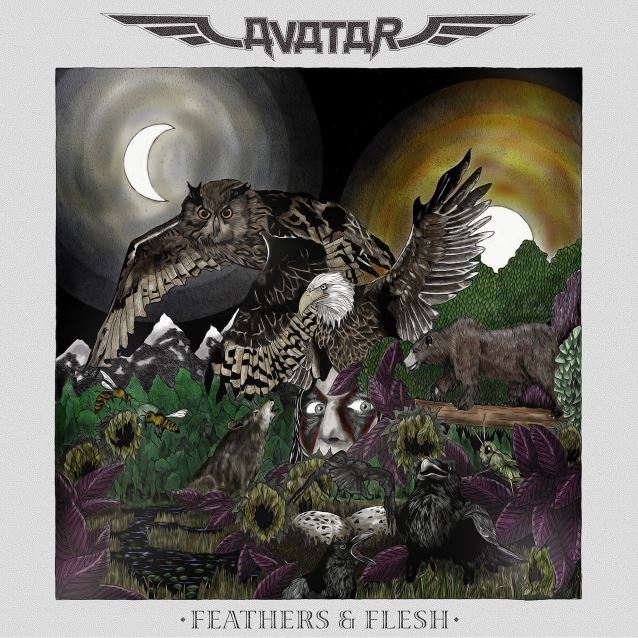