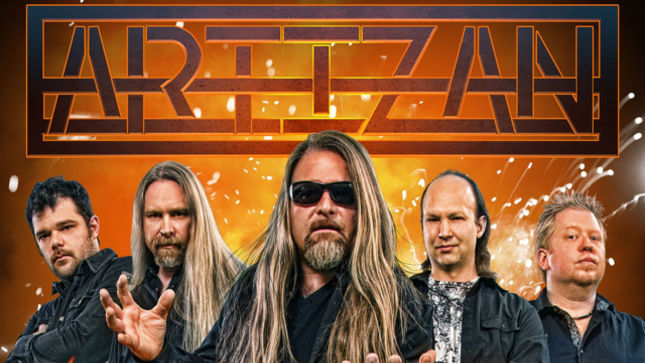 Florida based melodic metal act, Artizan, have revealed the final artwork and tracklisting for their upcoming release, The Furthest Reaches. The sci-fi concept project features guest vocals by Matt Barlow (ex-Iced Earth, Ashes Of Ares) as the voice of The Keepers, and Sabrina Cruz (Seven Kingdoms) as Mother Earth. Fantasy artist Marc Sasso created the illustration for the standard CD.

A distress signal has been shot into space from the bowels of The Great Pyramid, which is discovered to be a device built by The Keepers thousands of years ago. The Keepers are awakened by the signal after their long slumber and race towards Earth. Are they returning to aid mankind? Or, did something else trigger the distress call?

The CD will be available in both standard and limited editions. The limited edition CD includes alternative artwork by Eliran Kantor with a slipcover, as well as the bonus track, “Come Sail Away”. 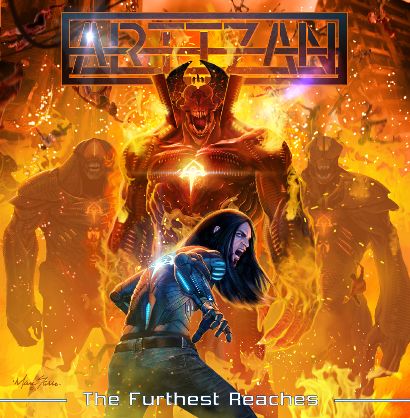 The Furthest Reaches will be released April 24th via Pure Steel Records, coinciding with their appearance at the legendary Keep it True festival in Germany. Pre-orders are now available at the official Artizan website.