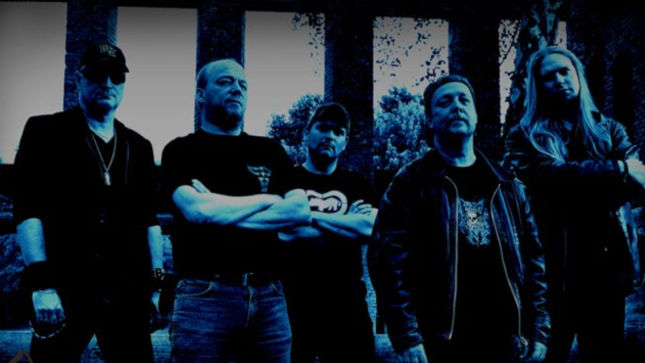 Denmark thrash battalion, Artillery, will return to the US this Friday to kick off the United Legions Tour 2015. Set to initiate in Los Angeles, California, the trek will trample sixteen stages including an appearance at RK NYDM Spring Bash in Cudahy, Wisconsin before wrapping up on April 27th in Salt Lake City, Utah. Artillery will be joined by Striker, VX36, Potential Threat and Dahlmers Realm.

From there, Artillery will embark upon their first ever tour of China commencing in Beijing on April 30th and concluding in Tangshan on May 10th. Visit this location 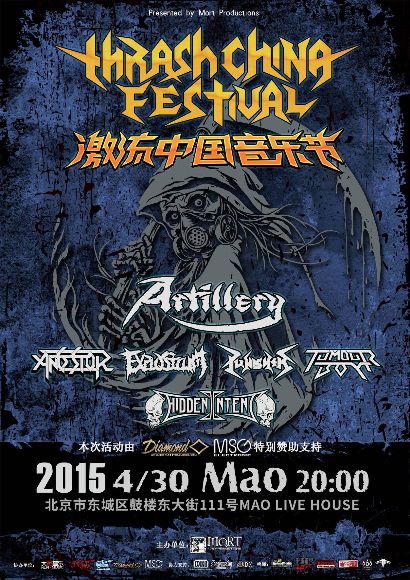 Guitarist Michael Stützer comments: “Artillery are proud to return for our first headlining tour in the USA and can’t wait to go to China for the first time! We are looking forward to playing songs from our latest album, Legions, together with old classic songs like “Terror Squad” and “Khomaniac”! Join The Legions!” 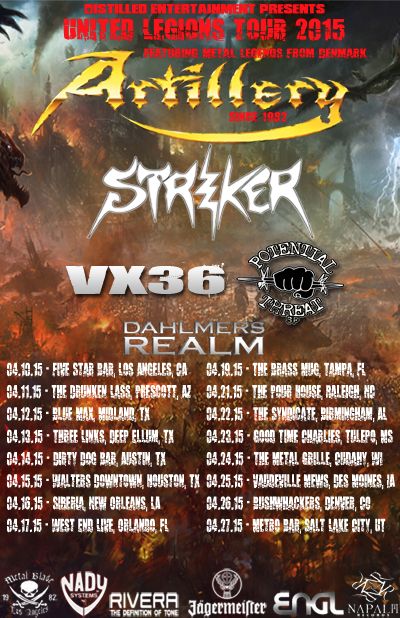 Artillery was forged in the Copenhagen suburb of Taastrup, Denmark in 1982 by Michael and Morten Stützer. Successfully fusing abrasive brutality, precision and strong melodies, with the bracing guitar leads of the Stützer-brothers serving as highlights, Artillery stands among Europe’s oldest and most important exponents of thrash metal.

On August 2nd, Artillery will return to Medley Studios with producer Søren Andersen to begin recording the follow-up to 2013’s critically-lauded Legions. Some working song titles include “Cosmic Brain”, “Deity Machine” and “Sin Of Innocence”.

The as-yet-untitled long player will see release via Metal Blade Records in late 2015. Further info to be announced soon. In the meantime, check out music and videos from Legions now at this location.