Nev Pearce of Australia’s “Rabid Noise” podcast recently conducted an interview with Mikko Sirén of Finnish cello rockersnAPOCALYPTICA. You can now listen to the chat using the Spreaker widget below.

Asked what his favorite song is to perform is from the forthcoming APOCALYPTICA album, “Shadowmaker”, Mikko said: “We haven’t played those songs in, maybe, four months. We rehearsed them a lot and then we recorded them, and ever since, we haven’t been playing even together. We’ve been just, like, recording individual parts. Now the album’s gonna be… I think there’s two songs more to be mixed. So we’re actually having our first band rehearsals now this Saturday, and then we’re gonna rehearse for the next week. And the week after that as well. So I really cannot say what is the favorite track to play, because they have changed also during the recording process. So it’s exciting.”

He continued: “I really like [the title track] ‘Shadowmaker’, which we have kind of put out for people to stream, which is this song which has got so many different styles within one song, so that’s fun for that occasion. But there are a couple of really epic, mellow tracks — [with an] almost PINK FLOYD [-like] vibe. Very dark, very deep things which I expect that we can also do great justice [to] also live.”

The official video for the “Shadowmaker” title track can be seen below. The CD will be released in April via Eleven Seven Music Group in the United States, Canada, United Kingdom, Japan, Australia, New Zealand, the Middle East and South East Asia.

APOCALYPTICA‘s new album was helmed Grammy Award-winning producer Nick Raskulinecz (FOO FIGHTERS, DEFTONES, MASTODON). APOCALYPTICA‘s Eicca Toppinen stated: “Nothing better could have happened than Nick being on board for this record. The pre-production time we spent with him in late August gave us so much confidence and input for the new songs. We are all excited and overwhelmed by his energy and creativity.”

Having collaborated with artists like Gavin Rossdale (BUSH), Dave Lombardo (SLAYER) and Ville Valo (HIM) on past studio albums, APOCALYPTICA have now taken on a new musical challenge: For the upcoming LP, the band worked with Franky Perez as exclusive singer on the vocal tracks — this time not only during production, but for the whole cycle, including the tour. Perez released his debut in 2003, later teaming up with SYSTEM OF A DOWN‘s Daron Malakian and John Dolmayan as SCARS ON BROADWAY. In 2009, Perez handled vocals for Slash‘s solo band, followed by collaborations with Dave Kushner (VELVET REVOLVER) as well as Scott Shriner (WEEZER), Joey Castillo (QUEENS OF THE STONE AGE) and Dave Warren (“The Simpsons”) as PUSHER JONES. After being honored as vocalist for THE DOORS at the L.A. Sunset Strip Music Festival, he released his latest solo album, “Addict”, in 2013.

Before APOCALYPTICA presents the new album, along with a new production on an extensive European headline tour later next year, fans will get a glimpse of the new material when the band supports SIXX: A.M. for their long-awaited North American dates in the spring. 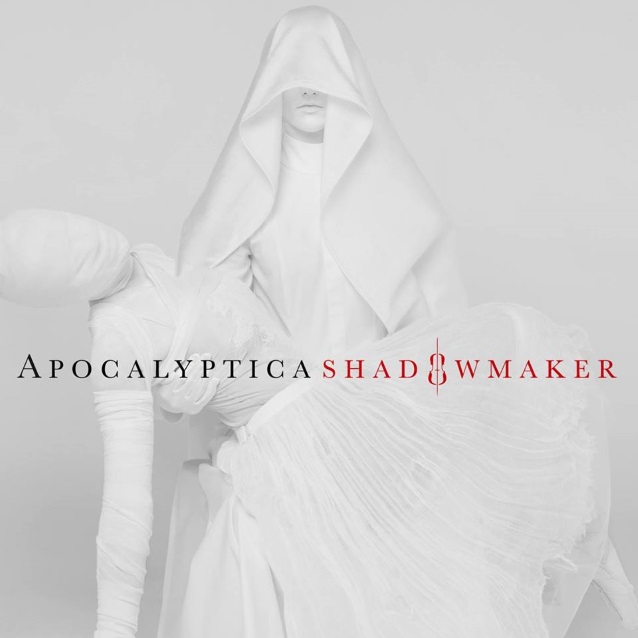