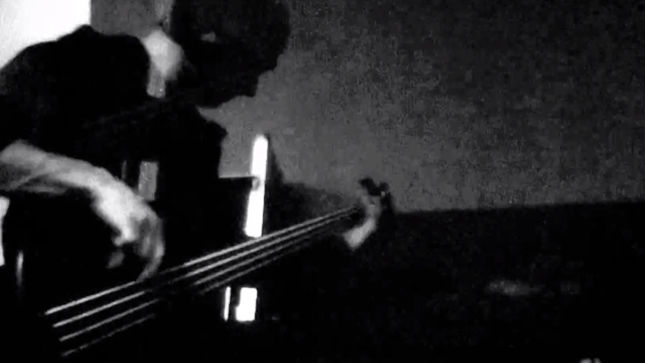 Poland’s grandmasters of radical grindcore, Antigama, have completed the seventh full-length installation of their cutting edge arsenal, entitled The Insolent, for May release through their trusted alliance with Selfmadegod Records. Coordinated with the LP’s release is Antigama’s return to US shores for the first time since 2009, with a Northeastern tour planned with labelmates Drugs Of Faith, which will conclude a return performance at this year’s intense Maryland Deathfest in Baltimore on Memorial Day weekend.

Following the impact of their massive 2013-released Meteor LP, Antigama will once again captivatingly scar the planet with the inundation of The Insolent. Seeing the band further along their ongoing path of progression, The Insolent contains another intriguing alloy of their futuristic grind savagery heavily diversified with cosmic exploration and harsh dissonance through ten new tracks of unorthodox, rapid forward-thinking metal. Recorded in February at JNS Studio in Warsaw, The Insolent was engineered by Pawel Grabowski, mixed by Pawel Grabowski and the band, and mastered by Scott Hull at Visceral Sound in Bethesda, Maryland (Pig Destroyer, Agoraphobic Nosebleed), the album features a very special guest appearance of the legend of Polish electronic music scene, Władysław “Gudonis” Komendarek, and bears cover art designed by Bartek Rogalewicz. The first single from the album comes through a new Youtube video (see below) for the fourth track, “Used To”, cut from footage filmed by Paweł “Pavulon” Jaroszewicz and Łukasz Myszkowski during the recording sessions.

The Insolent will be released on CD, LP, cassette and digital download on May 7th 2015 through Selfmadegod Records. Stand by for pre-order info and more on the album to be dispatched in the coming days. 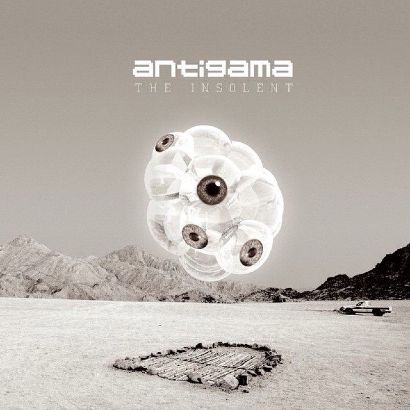 Also planned in coordination with Antigama’s upcoming return appearance to Maryland Deathfest in late May, the band has confirmed a Northeastern US tour, set to begin less than a week after the release of The Insolent. Beginning on May 13th, Antigama will scorch their way through New York, Rhode Island, New Jersey, Pennsylvania, Washington DC, and Virginia on the Blast the East Coast Tour, concluding at Maryland Deathfest where the band will storm Baltimore Soundstage on Saturday, May 23rd alongside Agoraphobic Nosebleed, Backslider, Cephalic Carnage, Engorged, Full Of Hell, Inter Arma, Martyrdöd, Wolfbrigade and more. The tour leading up to MDF will see direct support from Selfmadegod labelmates, Drugs Of Faith, and will see the bands playing shows alongside The Communion, Infernal Stronghold and more, and will see both bands as main highlights of Mildfest Vol. 1: The Grinding, alongside The Communion, Organ Dealer, Pink Mass, Sentience, Toxicology and Gorscum on May 15th in Clifton, New Jersey. 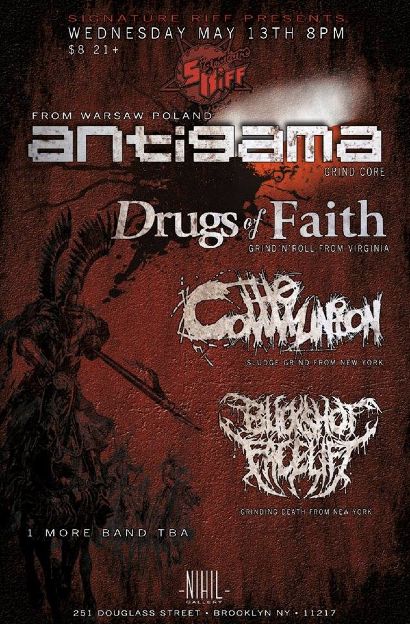 Blast the East Coast US Tour (with Drugs Of Faith):