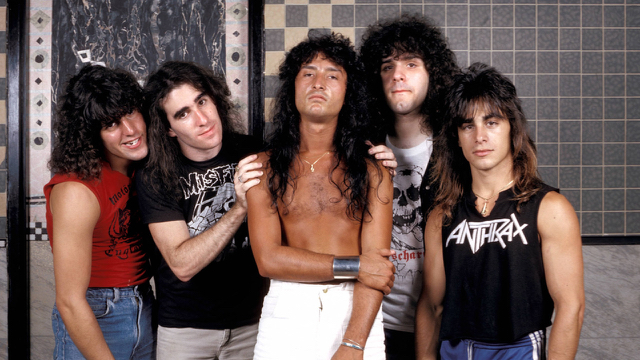 On November 20th, three decades after its October 30th, 1985 debut, Universal will release a special 30th anniversary edition of Anthrax’s classic Spreading The Disease, the band’s second studio album and the one that served as the then-budding thrash band’s breakthrough, and still considered one of the best thrash-metal records ever recorded.

“We wanted to do something special for our fans to celebrate the anniversary of Spreading The Disease,” said Anthrax’s Charlie Benante. “We took the idea to Universal a couple of years ago and have been very hands-on with them, creating this special, deluxe edition that we think our fans will really like.”

Rolling Stone recently caught up with benante and guitarist Scott Ian to pick their brains on Spreading The Disease. Following is an excerpt from the interview:

Charlie Benante: “Most heavy metal fans didn’t know how to take this new type of music, its sound or its style, but I knew that down the road, they would get it, and that’s exactly what happened. Music needed a kick in the ass back then. We were just trying to do the best that we possibly could, trying to make a move here, a move there. Looking at the reissue, I see five guys who were on the verge of something.”

Scott Ian: “The day Joey (Belladonna) showed up at the studio, he sang Journey and Foreigner a cappella on the mic and we were blown away. His voice was amazing and we knew it’s what we needed to set us apart from the pack. Nobody sounded like he did playing the type of music we were playing. We found our Dio, our Halford, our Dickinson, no easy feat.”

From the beginning, Benante has kept one of everything the band did – artwork, t-shirts, posters, and when the band was recording, he had the engineer run off a few tapes of the project’s basic tracks, alternate takes and alternate mixes, just to stockpile until the time came that they would be needed. Consequently, in addition to the original album’s nine tracks, the two-disc anniversary edition features previously unreleased bonus material including Joey Belladonna’s 1984 demo recording of the song “Medusa”, nine “rhythm tracks” from Anthrax recordings also done in 1984 – no vocals, no overdubs or “sweetening,” just drums, some guitar, a bit of bass, showing the songs in their naked, most basic form – and eight live songs from Anthrax’s 1987, first-ever concert in Japan, held at Tokyo’s Sun Plaza.

“STD was our first real record on a major label,” said Benante. “We were on a roll with that album, and we wanted to perform those songs as close to the album versions as possible. I think the performances show the excitement of a young band that was on its way, so we wanted to have them on this reissue.”

Produced by Anthrax with Carl Canedy, the 44-minute Spreading The Disease marked the first Anthrax album to feature singer Belladonna and bassist Frank Bello (joining drummer Benante and guitarists Dan Spitz & Scott Ian), and set into motion the core elements that would become the essence of Anthrax. In addition, the album also introduced the Anthrax writing partnership of Benante and Ian (that eventually evolved into Benante, Ian and Bello).

For Bello, Spreading The Disease was his full-on album recording baptism. Only 18 at the time, he hadn’t yet fully realized his own style of playing, but over the course of the sessions, he developed it. “You can hear all of my influences on every song, Steve Harris, Geddy Lee, Geezer Butler, all of them.” Bello remembers that STD didn’t quite come of age until later on, but it was definitely “simmering.” “What we were doing was so fresh, so different – we had heavy songs with these great, melodic vocals – and eventually, people caught on and loved what we were doing. I think every song on ‘STD’ still stands up today.”

Spreading The Disease represented a turning point in rock. It came during a time when the landscape was transitioning from the “hair band scene” to a new composite of metal, punk and hardcore – thrash metal. The album was compelling and utterly fresh to the 1985 music fan with its speedy rhythms, savage riffs, blistering solos, punishing drum work and a killer melodic performance by Belladonna. Unlike the thrash bands sprouting up on the west coast that focused on speed, Anthrax’s focus was on catchiness, hooks, and a hot and sweaty, New York mosh sensibility. And it wasn’t just the music that was morphing, it was a whole new culture that was being birthed. And Anthrax, along with Metallica, Slayer and Megadeth – was right at its nucleus.

Spreading The Disease contains several Anthrax standouts: “A.I.R.,” with its great riffs and abundance of melody, “Madhouse,” a testament to the band’s top-notch song-writing skills that showcased their grasp of melody, and “Armed and Dangerous,” a soulful ballad with its singalong chorus and spine-tingling performance by Belladonna. “Aftershock” is probably the album’s punkiest song with its blistering guitar solo, and the closer, “Gung-Ho,” with its out-and-out speed-kills blitzkrieg, is a superb piece of thrash metal.

“We didn’t know what we were doing, but we totally knew what we were doing,” said Ian. “I know that doesn’t make sense, but it’s where we were at, a bunch of 21 year-old kids making our major label debut on a shoestring budget with nothing but a dream and a bunch of songs that we thought killed. We were right and our dream came true. Thank you to all the fans that put this record and Anthrax on the map way back when and still support us today. Cheers my friends!” 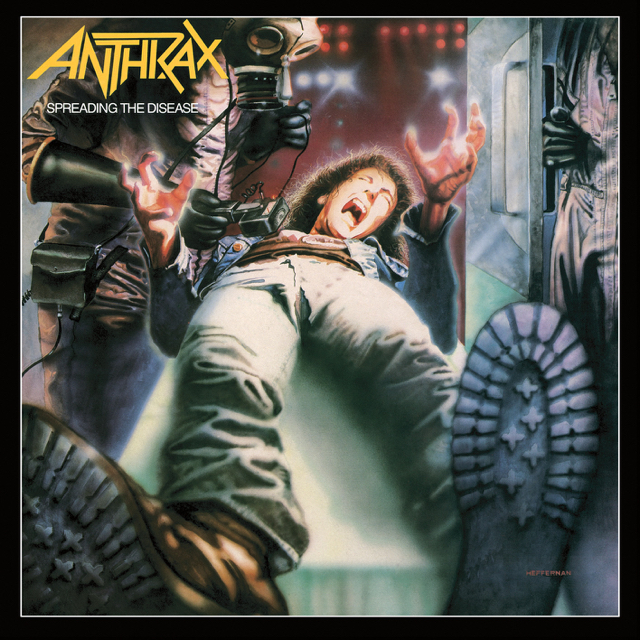