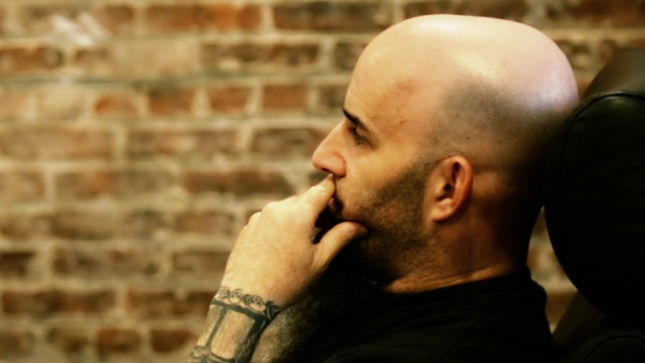 In the new footage below, Anthrax guitarist Scott Ian discusses the band’s decision to continue their tour with Slayer after the Paris terrorist attacks:

The unique chemistry shared by Anthrax’s main songwriters Charlie Benante, Frank Bello and Scott Ian, is, in part, what sets the band’s music apart from other bands’ in the same genre. Drummer Benante comes up with copious amounts of foundation riffs and ideas for the music, bassist Bello writes the songs’ melodies, tailoring them to Joey Belladonna’s soaring vocals, and rhythm guitarist Scott Ian has a very particular way of incorporating his intense lyrical ideas into the band’s music.

The three together build the songs’ arrangements during writing sessions, and everyone contributes his own ideas and suggestions to pretty much every song.  In the end, the trio brings it all together to create what can only be described as “Anthrax music”.

Anthrax will release their long-awaited new album, For All Kings, on February 26th via Megaforce in North America, and elsewhere via Nuclear Blast. The band discusses the writing process in the new video below:

Anthrax have teamed up with Back Story Events for an exclusive live interview event to discuss the record on January 13th in New York City at AOL Studios (770 Broadway, 10003). Tickets include a meet and greet, complimentary beverages and more. Get tickets here. 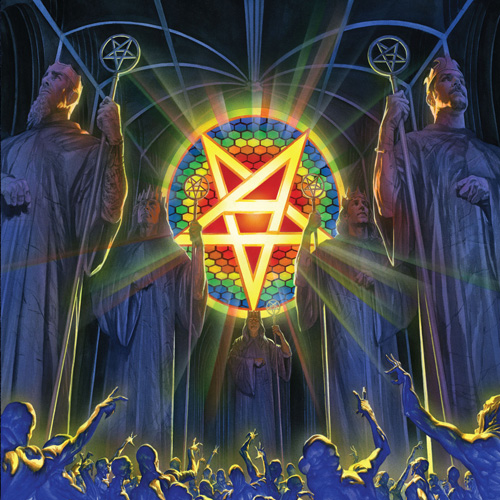 For All Kings will be available in the following formats via Nuclear Blast: 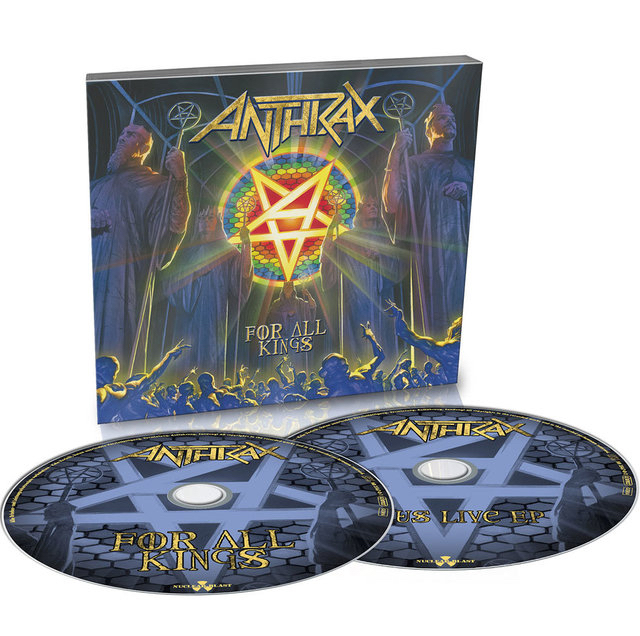 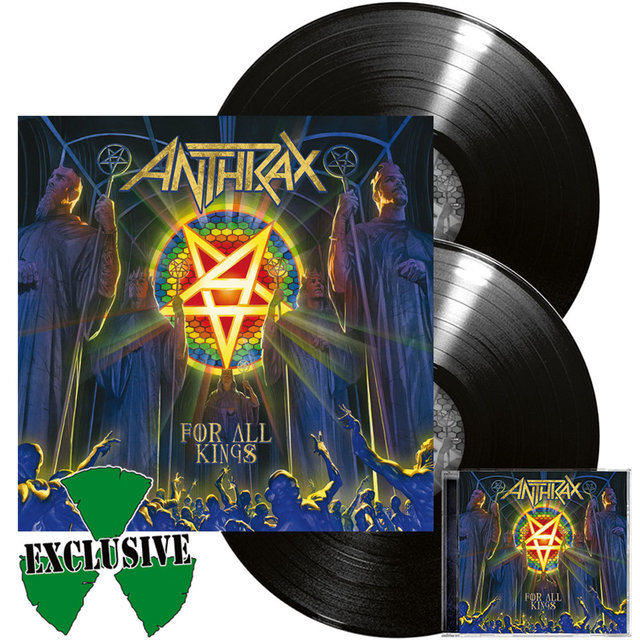 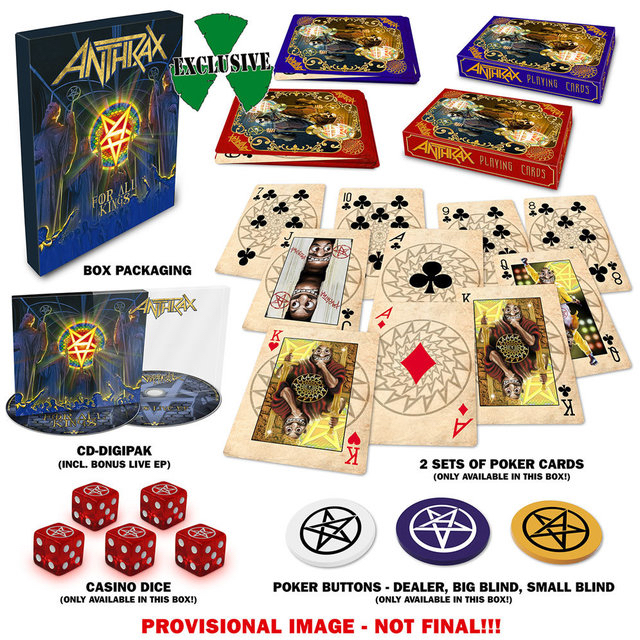 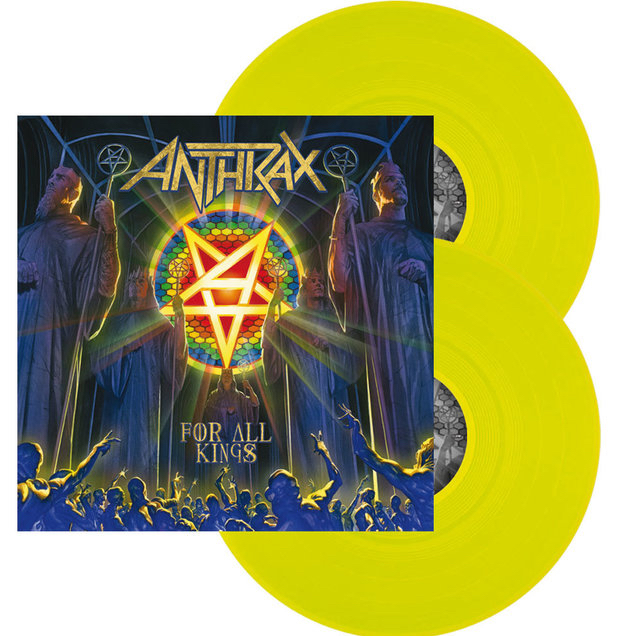 For All Kings tracklisting:

The band have uploaded a new trailer. Watch Joey, Jonathan, Frank, Charlie and Scott on what fans can expect from Anthrax’s upcoming album below: 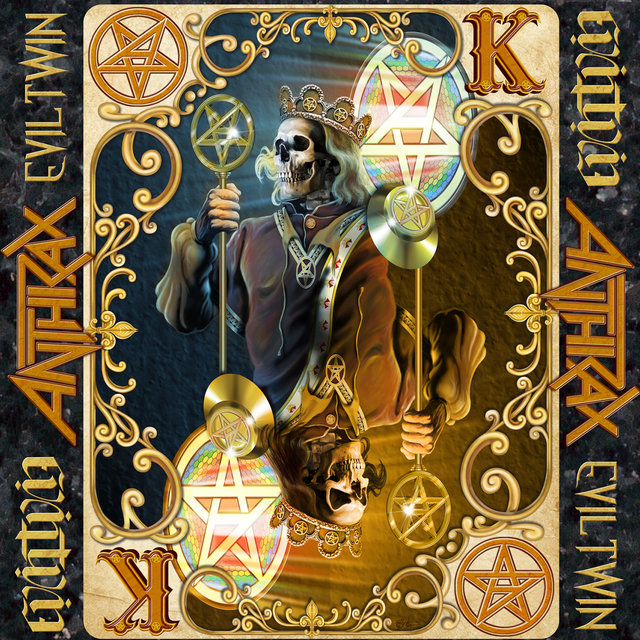 Benante promises that the eleven-song For All Kings will be “aggressive and super-thrashy”. The album was written by Benante, bassist Frank Bello, and rhythm guitarist Scott Ian, the dynamic triumvirate whose unique composition chemistry is, in part, what sets Anthrax’s music apart from other bands’ in the same genre. Add to that Joey Belladonna’s breathtaking vocals and the searing guitar leads by newest member Jonathan Donais, and it’s no wonder the band is so excited for fans to hear what will be their 11th studio album. 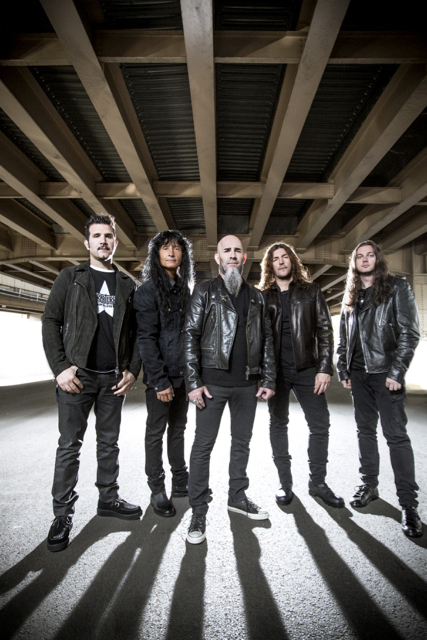 On January 15th, Anthrax will be releasing a deck of custom For All Kings playing cards at indie record stores. There is a download card inside that contains two tracks from the album prior to street date. Find a store in your area and make sure they get them in. 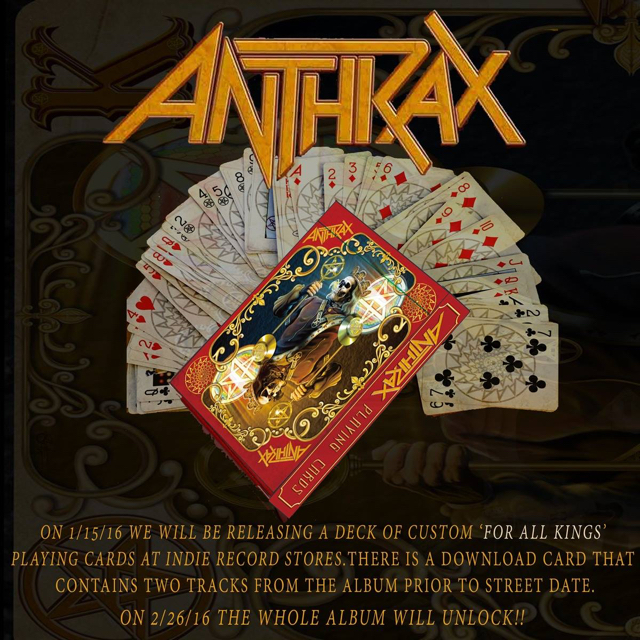