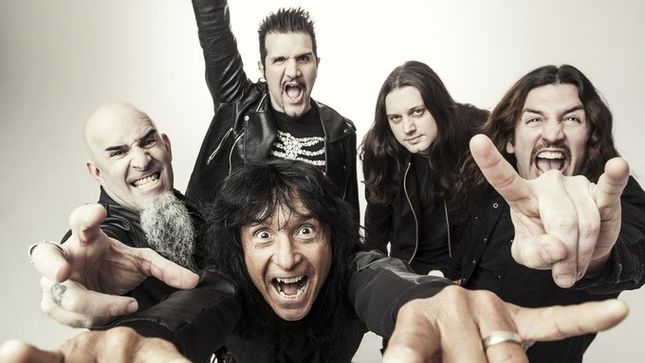 Legendary New York thrashers, Anthrax, this year celebrated their 35th anniversary and released their new album, For All Kings, to widespread critical acclaim. In February 2017 the band will be back on UK soil for their first full UK headline tour in over a decade. These UK dates will see the band perform their classic 1987 album Among The Living in its entirety alongside fan favourites.

Scott Ian commented: “Finally! We’ve been looking forward to headlining in the UK for so long! We have a killer set planned, new stuff, old faves, deep tracks and Among front to back. You’d better start getting in shape now for the epic wardance!! See you soon my friends.”

These special shows will mark 30 years of the iconic album, with support from up and coming British metallers, The Raven Age. 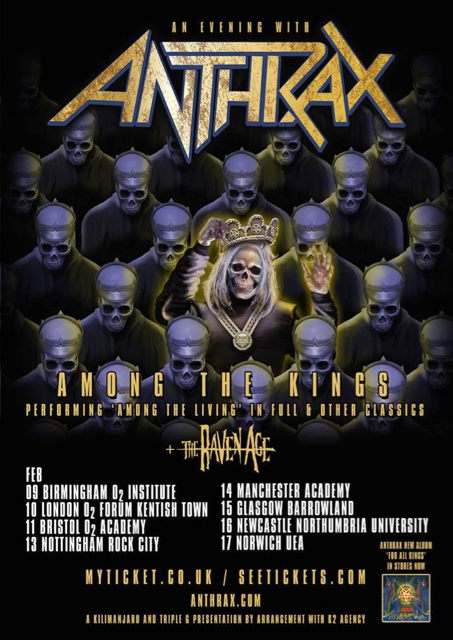 Tickets go on sale this Friday, November 18th at 10 AM from myticket.co.uk/artists/anthrax.