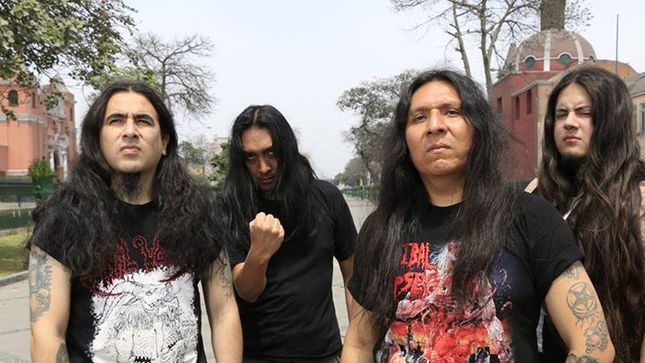 Influenced by old thrash metal and by legendary acts such as Sarcofago, Holocausto, Sextrash, Vulcano and Possessed, these Peruvian tyrants play blackened old school death/thrash the way it was meant to be and take you back to a time when death metal was not about gore, but about Satan, leather, spikes and hell.

Peste Negra, Muetra Negra will be available in CD, die-hard vinyl edition, a limited-edition colored vinyl edition, and regular vinyl formats. The die-hard edition (limited to 100) includes a brown vinyl LP, a big woven patch not available elsewhere, a t-shirt and a sticker. This edition is available only through the Gates Of Hell website. The limited edition (100 copies) includes an oxblood vinyl LP and a sticker. All vinyl editions include a cover version of Sarcofago’s “INRI”. Peste Negra, Muetra Negra is licensed from Icarus Music for Europe and North America, and features a sick artwork by Mottla and guest chorus vocals by Silvina Harris (Betrayer) and Wata (Matan S.A.). 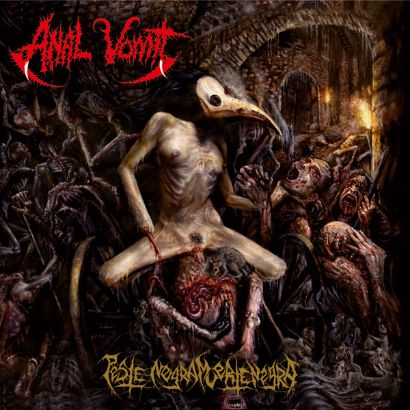