Brazil’s Wikimetal podcast recently conducted an interview with guitarist Olavi Mikkonen of Swedish death metallers AMON AMARTH. You can now listen to the chat using the audio player below.

Speaking about the March 2015 departure of drummer Fredrik Andersson and AMON AMARTH‘s decision to enlist a session drummer, Tobias Gustafsson (VOMITORY, CUT UP), during the recording sessions for the band’s new album, “Jomsviking”, Olavi said: “I don’t really wanna go into details regarding Fredrik, but, basically, we just separated. It’s kind of like a marriage that doesn’t work, and you get divorced. And that’s kind of what happened to our band. Right after that, we started to work [on] the new album, and we didn’t wanna work with anybody we did not know, so that’s why we took in Tobias. And Tobias is an old friend to the band; we’ve known him for many, many years. He was with us through the whole working process towards when the recording was finished. And, obviously, he cannot do the upcoming dates, so we have another guy that we are preparing for the upcoming touring. But, you know, it’s so in early stages that I don’t wanna say who he is at this point. But, you know, we’re gonna take it quite easy. I mean, we’ve been together for so many years, and it’s really difficult to find this new guy to come in and [be part of the band]. But, you know, whoever it’s gonna be, it’s gonna be good. So I have no worries.”

“Jomsviking” will be released on March 25 via Metal Blade in North America and Sony Music internationally. The first concept record in AMON AMARTH‘s storied career tells a tragic tale of love and revenge, backed by the Swedes’ trademark melodic, anthemic metal, which was produced and mixed once again by Andy Sneap (MEGADETH, TESTAMENT, ACCEPT). The epic original story is set in the world of the Jomsvikings, the legendary order of mercenary Vikings. 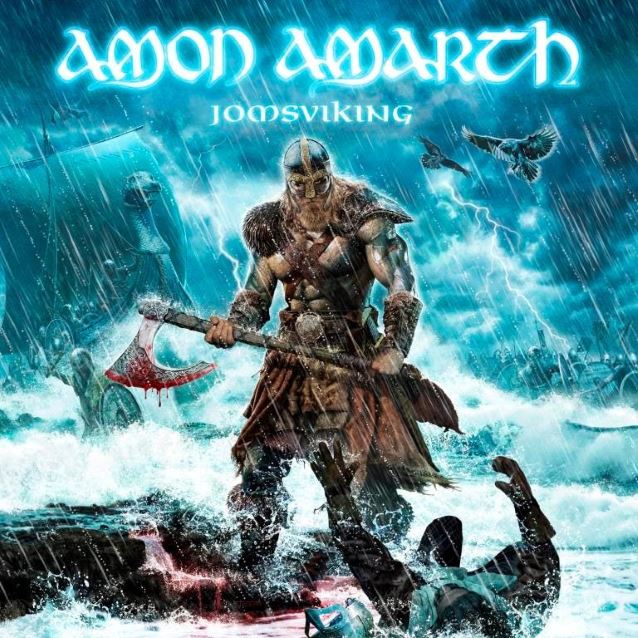 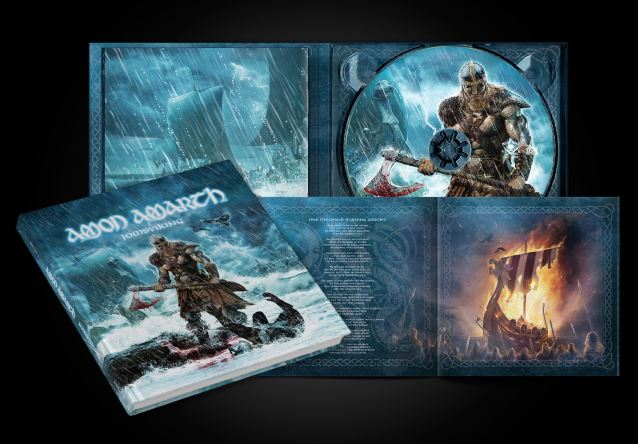