A three-minute video clip in which the members of ALTER BRIDGE discuss their new single, “Show Me A Leader”, can be seen below. The song is taken from the band’s fifth studio album, “The Last Hero”, which will be released on October 7 via Caroline Records in the United States/Canada and Napalm Records throughout the rest of the globe. The thirteen-track opus marks a creative highpoint for the quartet comprised of Myles Kennedy on vocals/guitars, Mark Tremonti on guitars/vocals, Brian Marshall on bass and Scott Phillips on drums.

The album is now available for pre-order via iTunes, Amazon and Google Play. Fans who order the album will receive an instant download of “Show Me A Leader”. The album will be available in various fan bundles at www.Alterbridge.com/store and fans can get exclusive early access to the band’s ticket pre-sale by pre-ordering any item in the store. “Show Me A Leader” is also streaming on Spotify.

From the first notes of album opener “Show Me A Leader” to the final notes of the epic title track “The Last Hero”, it is clear that ALTER BRIDGE are back with their most complete musical work to date. While exploring musical influences and styles from throughout the band’s twelve-year history, “The Last Hero” has a unifying thread starting with the idea of timeless heroism. Songs like “Poison In Your Veins” and “Losing Patience” capture the signature sound that have recruited ALTER BRIDGE fans around the world. The band also explores their softer side with the heartfelt rocker “My Champion” and the emotional ballad “You Will Be Remembered”.

“Lyrically, it reflects the frustrations that a lot of people are feeling with the current state of the world,” says Myles Kennedy about the new single. “The world is looking for trustworthy effective leadership and not this undignified dog and pony show that’s really made a mockery of our system.”

“It’s indicative of our process,” Mark Tremonti adds. “Myles had this guitar intro that I loved, and I had the chorus. We put them together. The words call out for a proper leader.”

ALTER BRIDGE is heading out on select U.S. headline dates in support of “The Last Hero” this coming September. The headline run kicks off September 22 in Destin, Florida. The tour will make stops in San Antonio, Texas; Minneapolis, Minnesota; Lincoln, Nebraska; Charlotte, North Carolina; and Nashville, Tennessee. The band will also perform at a few festival dates this fall, including the inaugural Houston Open Air, Sonic Boom, Louder Than Life and the Tulsa State Fair.

The band is currently on tour through the end of August playing with DISTURBED, BREAKING BENJAMIN and SAINT ASONIA. 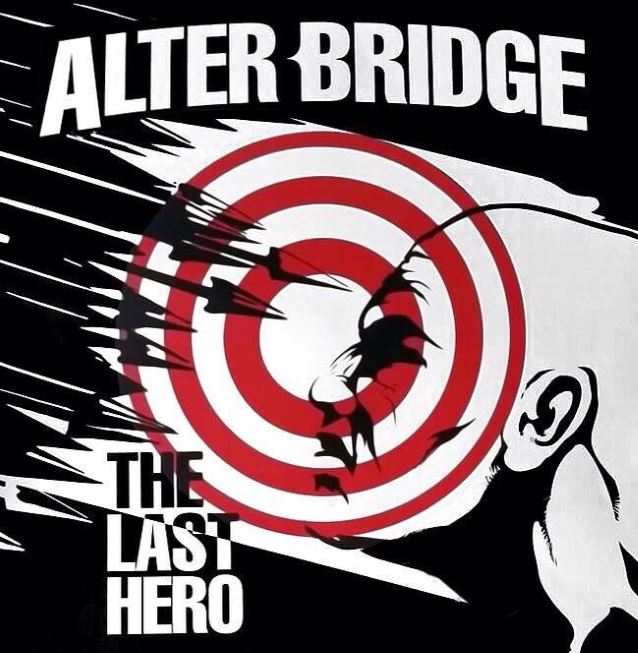