“The Order Of Things”, the brand new album from ALL THAT REMAINS, can be streamed in its entirety on iTunes. The CD is scheduled to arrive on February 24 via Razor & Tie.

ALL THAT REMAINS recently released the music video for “This Probably Won’t End Well”, the first single from “The Order Of Things”. With the new song already in the Top 20 at rock radio, The Pulse Of Radio asked singer Phil Labonte how the band went about writing the tunes for the new disc. “Just write songs that we dig. Like, that’s kind of the way that we look at writing. You know, like, some of the coolest bands are really tough to classify. So, like, all we do is get together and say, ‘Hey, do we like this? Do we want to use it?’ And we don’t say, ‘Oh, does that sound like ALL THAT REMAINS? Oh, will we be able to get away with it?’ You know, we write music for us, and if we write the music than it can’t help but sound like ALL THAT REMAINS.”

“The Order Of Things” follows up the group’s 2012′ effort, “A War You Cannot Win”, which featured the massive rock singles “What If I Was Nothing” and the chart-topping “Stand Up”.

Labonte has said that “The Order Of Things” will “make a significant statement about what we can do as a band. I think it’s going to do really good things for us.”

ALL THAT REMAINS will begin a North American tour with IN FLAMES on February 20 in Agoura Hills, California. 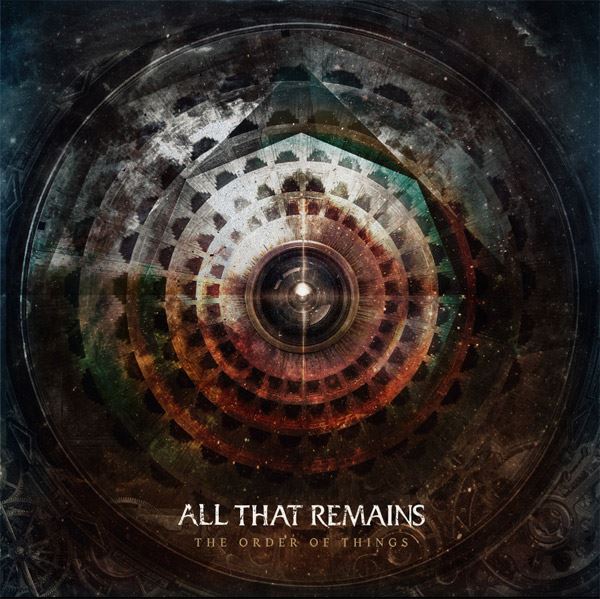