According to Rolling Stone, the documentary/concert film “Alice Cooper: Live From The Astroturf” will premiere this April at the Phoenix Film Festival before the film embarks on the film festival circuit.

In October 2015, Alice Cooper reunited with the surviving members of the original lineup of his band to with bassist Dennis Dunaway, guitarist Michael Bruce and drummer Neal Smith for the first time since 2011, when they staged a pair of performances coinciding with their induction into the Rock And Roll Hall Of Fame as well as their appearance on Cooper‘s “Welcome 2 My Nightmare” LP. Guitarist Ryan Roxie, a member of Cooper‘s current band, stepped in for original member Glen Buxton, who died in 1997.

Cooper, Dunaway, Bruce, Smith and Roxie performed a blistering set on a small stage of pink astroturf at independent music store Good Records in Dallas, Texas, 40 years after the band parted ways. Store owner Chris Penn pulled off the near-insurmountable task of organizing the event and keeping Alice‘s appearance a secret until the original shock-rocker hit the stage.

In addition to the in-store performance captured by eight cameras and mixed by Bob Ezrin, the documentary also features interviews with the members of the Alice Cooper band and those who made the show possible.

A recording of the show was initially released as a “Record Store Day” exclusive in 2018. 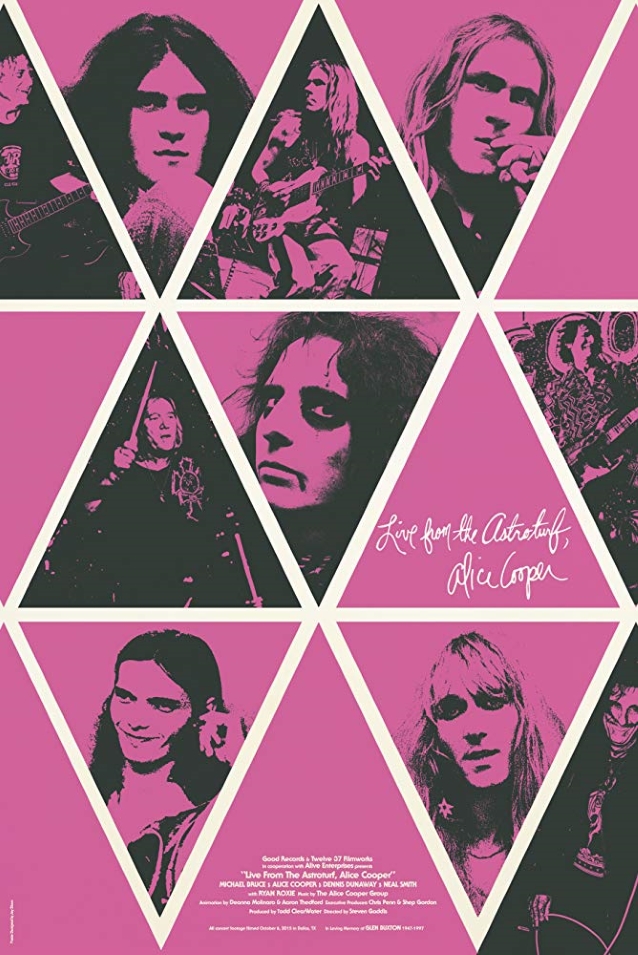