Originally formed by Sorum in 2012 as ROCK ‘N’ ROLL ALL STARS, KINGS OF CHAOS features a core lineup of members as well as a rotating cast of guest musicians.

KINGS OF CHAOS has recorded just one song so far: a cover of DEEP PURPLE‘s “Never Before” for the 2012 tribute album “Re-Machined: A Tribute To Deep Purple’s ‘Machine Head'”.

Back in 2014, Bach spoke about Frehley while commenting on KISS‘ induction into the Rock And Roll Hall Of Fame and the announcement that the original four members of KISS would not perform at the ceremony.

Bach added cryptically: “Ace has sides to him that maybe the fans don’t see. That’s all I can say.” Sebastian concluded by saying, “I understand why Gene doesn’t play with [Ace].”

Bach and Frehley worked together on the track “Know Where You Go” for drummer Anton Fig‘s solo album “Figments”, which came out in 2002. At the time, Bach said that recording with Ace and Anton was “a dream come true and an honor.” 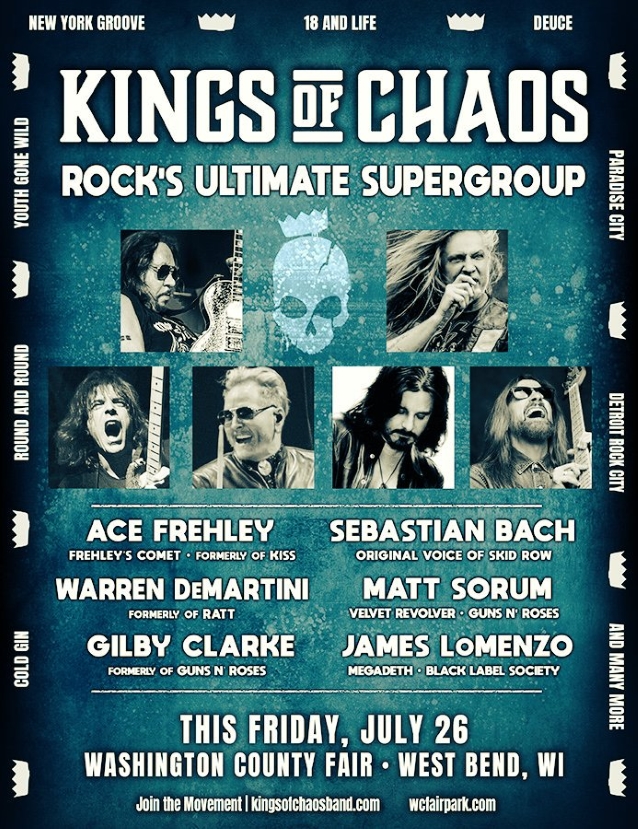