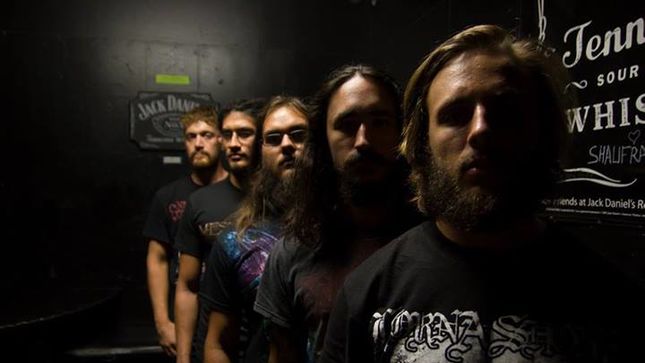 South Florida’s Abiotic are set to release their new album, Casuistry, on April 21st via Metal Blade Records. In support of the album, the band will be hitting the road starting this April for an extensive North American tour. Abiotic is heading out alongside Boris The Blade, Alterbeast and more. The tour kicks off April 12th and wraps up May 8th in San Francisco, CA. In addition to the dates with Boris The Blade, Abiotic will play select headline dates leading up to the start of the tour and an additional headline date on the way back home.

A complete list of dates can be found below. 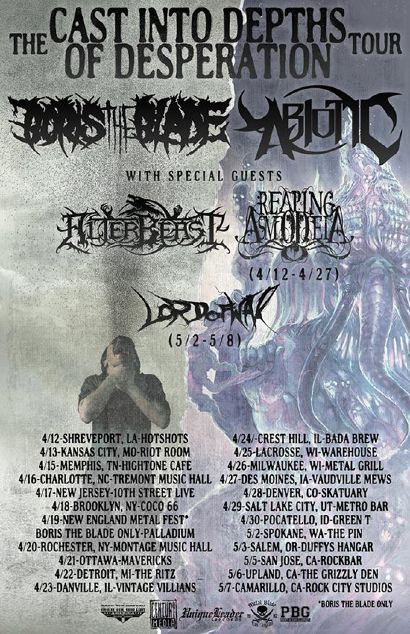 Abiotic emerged in 2010 with a flourish of riffs, solos, and technical breakdowns that culminated in the release of their debut EP in 2011. A Universal Plague set the stage for the band’s first few years of existence. What was immediately apparent: guitarists John Matos and Matt Mendez formed an absolutely lethal guitar duo, and bassist Alex Vasquez’s finger style bass playing provided an athletic sounding low end that helped to vault Abiotic to the forefront of the underground touring circuit. The video for “Vermosapien” (directed by Dan Drescher) immediately racked up tens of thousands of views and attracted the attention of Metal Blade Records.

Abiotic signed to Metal Blade Records and released their debut album, Symbiosis, which was followed by regional and national touring. The promotional cycle for Symbiosis concluded with a support tour with Dying Fetus and Exhumed. By the end of 2014, Abiotic had re-tooled their line up by adding vocalist Travis Bartosek and drummer Brent Phillips. The quintet was more than ready to record their sophomore full length, Casuistry.  The first song from Casuistry entitled “Cast Into The Depths” which features Dying Fetus front man John Gallagher on guest vocals is streaming below:

In the late summer of 2014, Abiotic ventured to Basement Recordings with acclaimed producer Jamie King. The collaboration would prove fruitful. Guitarist John Matos elaborates: “Working with Jamie was unlike any other studio experience we’ve had before. Tracking with someone who’s produced bands like Between The Buried And Me, Wretched, and The Contortionist put our minds at ease and allowed us to put total trust in Jamie to achieve the sound we were looking for. It made the experience so comfortable and relaxed that we were really able to explore and create without boundaries. I think that’s something that can be felt with this record.”

The addition of Brent Phillips and Travis Bartosek were particularly influential on the recording process. Phillip’s drumming allowed for the band to spend more time exploring tones and sounds than ever before. He brought a renewed sense of groove and feel to the process, along with being the fastest drummer the band has played with to date. Vocally, fans will notice the largest change here. Bartosek took over lyric writing duties and topics range from suicide, Middle East conflict, religion, and a bit of misanthropy. John Matos adds, “Travis did write all of his own lyrics and I think that with his catchy wording and phrasing, fans will be able to follow along to the tunes and it’ll translate really well live.”

An Abiotic record would not be complete without space-y leads and the bands brand of breakdowns. Leads were a major focus for the album. Seven of the nine tracks contain guitar solos from both John Matos and Matt Mendez. And, of course, Alex Vasquez’s bass flourishes can be heard throughout. There’s even a drum solo on “Molecular Rematerialization”. And, as an added challenge for the band to learn to play live, guitarist Paul Waggoner from Between The Buried And Me offered a solo of his own on “Absence Of Purity”. It’s all of these elements, flourishes, and individual musical muscle-flexing that gives Abiotic their trademark sound. 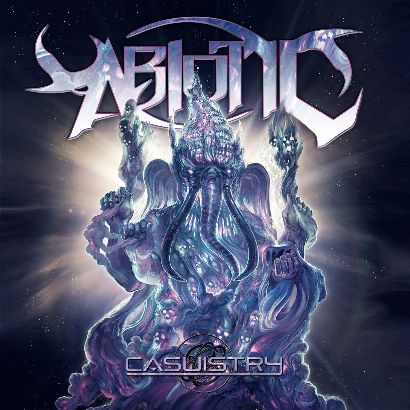 Pre-order packages are available at MetalBlade.com.